The past, prospects and pragmatism mark IIT-Bombay Diamond Jubilee 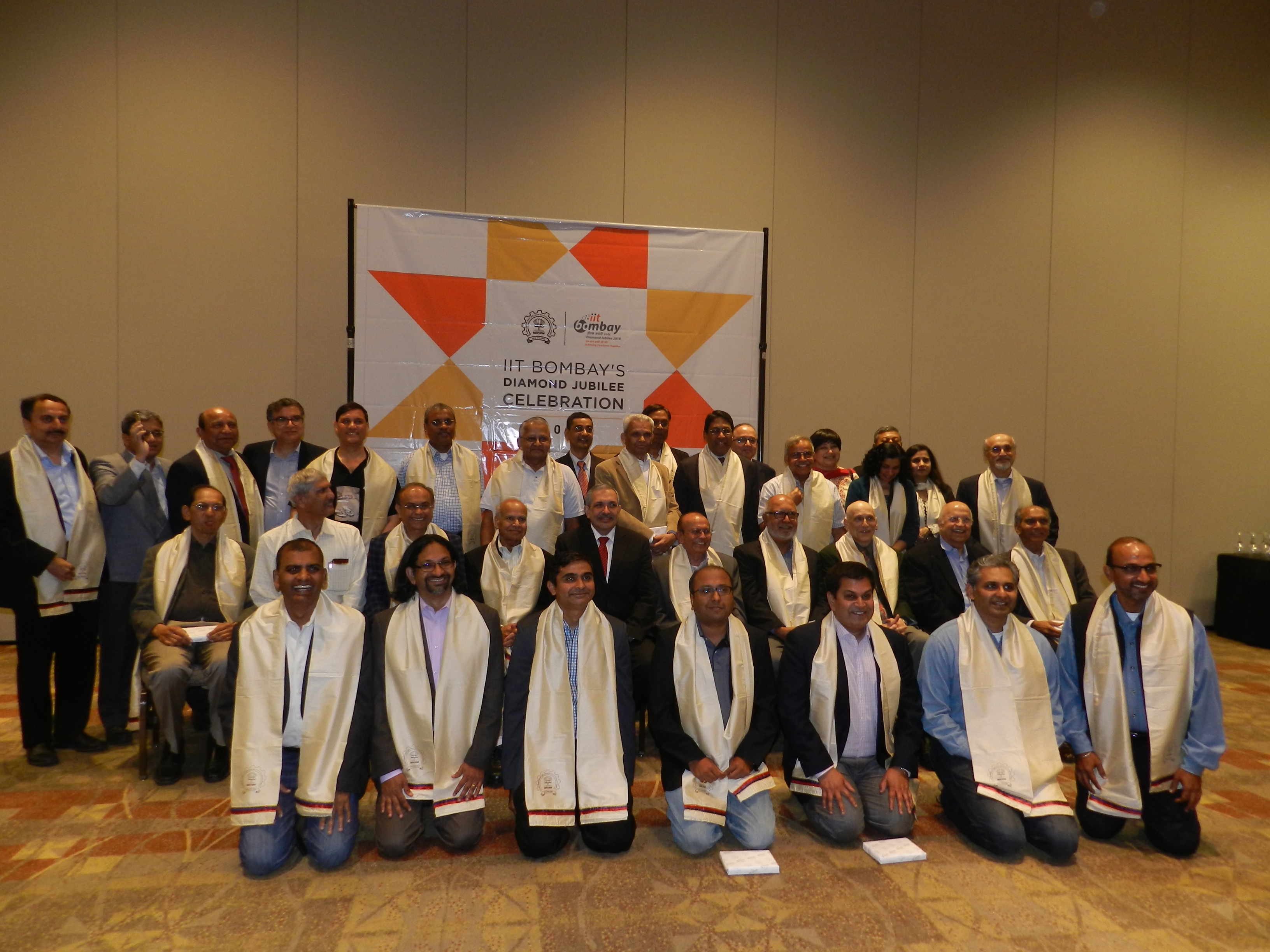 It made them engineers, prepped them for entrepreneurship. Now they are giving back

Anecdotes from campus days. The mixed joys of hazing. The question of whether a glut of engineers really makes sense. Just some matter for discussion when 630 alumni of the Indian Institute of Technology Bombay celebrated the 60th anniversary of their alma mater at the Santa Clara Convention Center, Santa Clara, California.

The attendees, some harking back to the class of 1963 and most of them serial entrepreneurs, described being unable to find jobs in India in the early 1970s and coming to the US, either to pursue higher studies or take up a job.

Shailesh Mehta of the class of 1971, who funded the Shailesh J Mehta School of Management at IIT-Bombay in 2000 with $1 million, told indica that IIT was set up to create engineers, not entrepreneurs. So IITians in the early days were expected to work for one of the big corporate firms in India or go to US to get your master’s degree and work for US companies.

Mehta said that after a year and a half at IIT, he did wonder if he really wanted to be an engineer.

“The math and physics was okay but it wasn’t giving me excitement,” he said.

The co-founder of the venture capital firm Granite Hill, Mehta was chairman and CEO of Providian Financial Corporation and served on the boards of Paypal and Mastercard.

Mehta is proud he helped set up the school of management at IIT.

“I started it because we need to talk to people not only in the language that only engineers understand,” he said, adding that when he was at school IITs then often did not teach important issues, such as ethics.

“That is why we have ethics problem in management in India, Mehta said. “We are not teaching a lot of soft stuff. I wanted to call it a school of leadership but there was an objection.”

He said he hoped to see an IITian become a prime minister,” said Mehta, pointing out that politicians Manohar Parrikar and Jairam Ramesh were from his alma mater.

“We need to bring diversity, social consciousness and address the MeToo movement. We need more women upfront and embrace all community and see more middle-class people to succeed,” Mehta said.

Devang Khakkar, director of IIT-Bombay, appeared to agree during his speech, saying that efforts to reduce the gender gap at the Bombay campus had resulted in the number of women there shooting up a few to more than 2,000 today.

As far as funding went, he said, the Indian government is to give IIT-Bombay Rs1,000 crore ($ 136.1 million) to support five laboratories – in artificial intelligence, sustainability and energy, healthcare, medical devices and smart manufacturing.

He told indica, “I think India has a long way to go. The key thing is to focus on school education. We have a young population. Unless you educate them well they will just become liability for the nation. Once you have a good trained manpower then all these manufacturing and these other sectors will prosper.”

He said there is a need to develop new technology in India.

“It will give the country a financial boost. Companies are doing more R&D and I am sure some of these you will see coming out of IIT,” he said, adding that there was more scope for such research with increasing investment.

One person driving that is Jitendra Mehta graduated in 1963, the second batch to pass out. He studied civil engineering.

He told indica he wanted to be a structural engineer and design buildings. He came to the US the same year he passed out. In 2013, he and his wife set up the Jitendra K & Meena J Mehta Chair Professor of Structural Engineering at IIT-Bombay. They donated $120,000 to the endowment fund.

“India needs more research and innovation and that is why created a chair to enhance research,” Jitendra Mehta said.

Uday Karmarkar, now distinguished professor in decisions, operations, and technology management at UCLA’s Anderson School of Management, also spoke of coming to the US because of lack of opportunities in the 1970s.

He said that while IIT had a great reputation in India, it was not well known worldwide.

“People are not really aware of what is happening in India,” he said, “Americans tents to be completely uninformed even though some are familiar but majority are not.”

Still, he said, while there were a hundred thousand unemployed engineers in India in 1968 for American companies and universities to pick from, now it is hard to attract Indians over.

Ruyintan (Ron) E. Mehta President, president, Bombay Heritage Foundation, USA and a serial entrepreneur, said there are over 10,000 IIT Bombay alumni in the US, more than 3,500 to 4000 are based in Silicon Valley.

“We believe we are more fortunate to be the best alumni association. Each year, we raise 2 to 3 million dollars for scholarships, and the proceed support research programs and chair professorships in various areas,” said Mehta, who welcomed having more IIT campuses.

“I am actually all for it. I think there should be more who get an opportunity,” he said. But he also said there was need for better infrastructure, including in terms of staying quarters for students.

He, too, said that fewer IIT students today are interested in moving to the US.

“In my time, 70 to 80 percent of the students used to come to the US; now less than 10 percent come,” he said. “Is it the immigration issue? Under the current immigration there is uncertainty. People don’t want to be treated like dirt, as President Trump has been doing. Many of them come from the highly educated classes of Indian society.”

Kanwal Rekhi, a member of the IITBHF board, laughed as he succinctly described what brought him to the US: “Honey and money.” 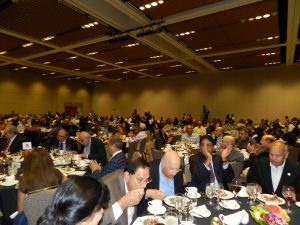 “Nothing was happening in India then but now it is different,” said Rekhi, who has founded the Kanwal Rekhi Schools of Information Technology at IIT-Bombay. The serial entrepreneur is managing director at Inventus Capital Partners.

Despite his loyalty to his alma mater, Rekhi also provided a dose of pragmatism when discussing its abilities.

“They are doing well, but IIT is no match for research at Stanford University or MIT. It is still narrow [in range of skills] compared to Stanford or MIT,” said Rekhi. “IIT did not made me an entrepreneur. It’s the Valley that did it. IIT prepared me to be a good engineer.” 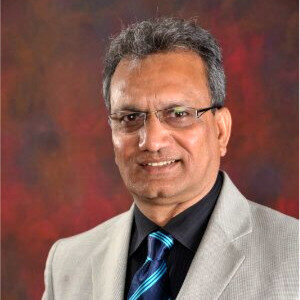 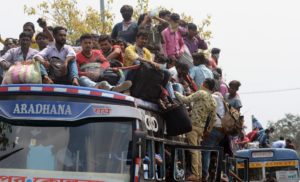 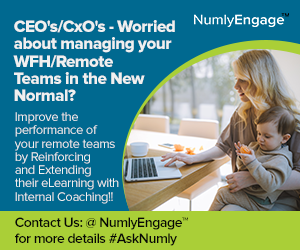