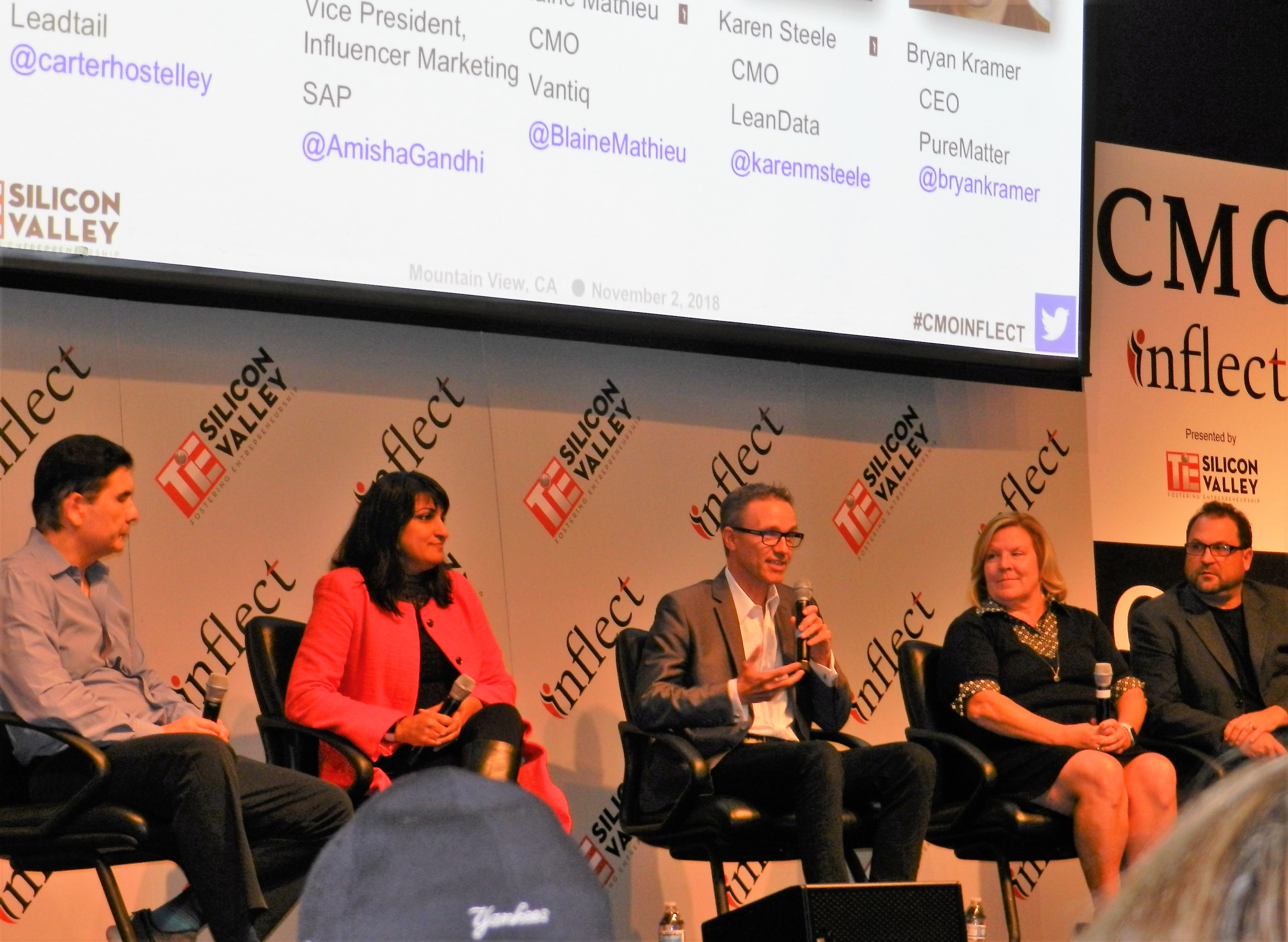 There is something about personalized marketing, the kind that corner stores back in the 1800s would recognize, that no new-fangled method can – be it all AI-driven conversational, account-based or influencer marketing.

That came from industry expert Jon Miller, CEO and co-founder of Marketo and Engagi, who felt that personalized marketing was lost with industrialization and mass production, but is both effective it still works relevant.

Miller was a keynote speaker at the daylong 2nd annual TiE CMO inflect conference hosted by TiE Silicon Valley at the Computer History Museum. It was attended more than 200 people, including venture capitalist, entrepreneurs and others mainly from a marketing background. The emcee was Jeff Hayzlett, radio and C-Suite TV host and former CMO at Eastman Kodak Company.

“How do we create a marketing that people love,” asked Miller. He then answered his own question, pointing to “The One to One Future,” a book by Don Peppers and Martha Rogers that brought up the corner store example, before concluding that consumers would value things that are relevant and personalized. He said it was an old concept obscured by trends seen during industrialization.

He said he believed that evolving technology could ensure a corner store degree of personalization, though at industrial-era levels of scale.

On branding, Miller pointed out that everyone makes emotional decisions. He said that businesses aimed at consumers are often aspirational in nature, whereas those targeting other businesses are mostly about risk. He said that people trust experts and thought leaders.

“So, if you bring, that kind of expertise to the market you would create a brand,” he said.

Miller said that business to business marketing should take advantage of data and machine learning to analyze requirements, while new technology could help businesses interact with individual consumers directly in a way that television advertising cannot.

Another keynote speaker, Chandar Pattabhiram, CMO of Coupa, talked about adopting the 4-1-1 rule of educating the people through content – awareness, acquisition, adoption, ads-on and advocacy.

Ram Reddy, TiE Silicon Valley president told indica, “It’s all about connecting with the enterprise, and chief marketing officers are the biggest influencers. “We wanted to engage with them [CMOs] directly. We did that successfully last year, and over 140 CMOs from big enterprises, from all over the Bay Area, attended.”

The quality of the content will attract CMO’s and their participation, and that is the core strategy and we have been expanding every year and CMO’s are getting involved.

“So, basically, this is a part of to set a way to mainstream of the tech world. This is a kind of process driven, engagement strategy that allows us to identify target enterprises to our network,” said Reddy said.

Anand Akela, VP, product marketing, at Tricentis, and the chair of the conference told indica that nimbleness in marketing strategy was vital to ensure effective campaigns.

“Most people in the Valley started as a developer and managing engineering team, but slowly move into marketing and product marketing,” he said. “You have to adapt and learn new technologies, so it’s a lifelong learning process in any role.” He said that the CMO conference was a bit like getting an MBA in a day.

“The base [elements are] the same. Social media is one thing; AI is another… You can know what are [a consumers’] likes, what are their demographics and who gets more traction.” This, Akela said, helps generate a clear picture of what works so that the feedback can drive changes in the product over time.

Pankaj Malviya, founder and CEO of Conversy and another keynote speaker, also felt that while data had always been generated, now it was easier to analyze them and apply changes. His Conversy uses bots to communicate with visitors and increase involvement.

“Instead of waiting for visitors to knock on the door. the bots engage in conversation and try to get their emails and names,” he said, adding, “The more data you have, the more your assumption are likely to be accurate.”

Amisha Gandhi, vice president of influencer marketing at SAP Ariba, speaking at a panel on influencer marketing, said that while in the past people relied on the media, which had their own audience, nowadays influence could be driven by speakers, authors, academics and just influential experts, many of them driving businesses online.

“It has become more competitive and with AI and has changed traditional marketing,” Gandhi told indica, adding, “Marketing is now more about experiences.”

She said that if the customer journey was more linear before now people can rely on a wide variety of content and expertise.

Gandhi said that some imagine that influencers are not really advertising, but the right influencer that provides thought leadership and knowledge can drive a product.

“I think that’s the difference between B2B and B2C influencer marketing,” she said, and spoke about a good mix of ideas and analysis.

“Marketing is more about creativity and data,” she said ‘And AI will help you to become a better marketer.”