Who is responsible for the fake university mess? - Indica news

Our office has been receiving numerous calls from panic-stricken friends and families of a large number of Indian students which could result in mass deportations.

Anti-immigrant sentiment is growing in this country and this incident is yet another nail in the coffin of an amicable solution. The lure of America will no doubt continue but is it worth it? I feel this is what every Indian need to stop and think about. I also feel very sorry that we have done very little in India to check unscrupulous agents pretending to be educational advisers.

I spoke to the Indian ambassador in Washington DC and advised him of the need to draw a distinction between those involved in recruiting or enrolling students and students who were duped or defrauded in the process. We need to also understand that when the government sets up an agency solely for the purpose of rooting out visa fraud we must review possible entrapment and manipulation across all federal jurisdictions. Fortunately, the court has the power to ameliorate the harshness of a sentence driven entirely by government conduct. The touchstone of due process is the protection of the individual against the arbitrary action of government.

We are not saying that our students are not at fault. They should have done due diligence before signing up. If they are perpetrating crime knowingly they should be punished but if they were trapped or encouraged to commit a crime then we need to help them. Moreover, some students are worried that they will have an arrest on their record forever and lose the value of years of education. What is surprising is that the university was registered with the education board that authorizes the issuance of I-20s to students, which in turn is approved by the Department of Homeland Security.

Worse, these students, based on their approved I-20s even got driver’s licenses from the Department of Motor Vehicles (DMV). This only added another stamp of authenticity to the credentials of the university.

Many students traveled to meet the dean of the university, and some asked for class curriculums. Given that the authorities knew this was a set-up, they should have stopped the students there and then. If they wanted to catch the perpetrators what right do they have to defraud innocent people? In fact, during this time the government also relied on the taxes these consultants paid. Now, the officials cannot suddenly wake up and decide to put all these people behind bars.

Many students have huge loans to pay. They were saving up to send to their families in small villages in India. They are devastated. It is all easy to say that students knew what they were doing. Did we all know all the laws when we moved to the United States that they should get such a harsh punishment? According to the students, the DHS knowingly allowed the ‘fake university’ to be set up and then misled students.

We are all fighting to have the students released immediately. The students are calling me to say that American officials are forcing them to self-deport but they want back their degrees and lost time, and compensation for pain and anguish.

The Indian government has issued a demarche to the US on this issue but the outcome is still not known.

We are trying our best to save the students from falling prey to the immigration politics currently taking its toll. It is not just immigrants but all humanity that suffers while countries look upon and talk of legalities which are all man made to suit various situations.

We need to know more before we conclude who is responsible for this misadventure so that it can be prevented in the future. What precautions were not taken and by whom? What coordination was lost out? What due diligence was missing on the visa front on both ends. 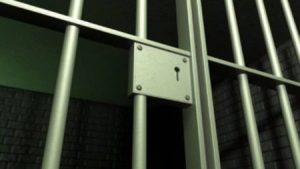