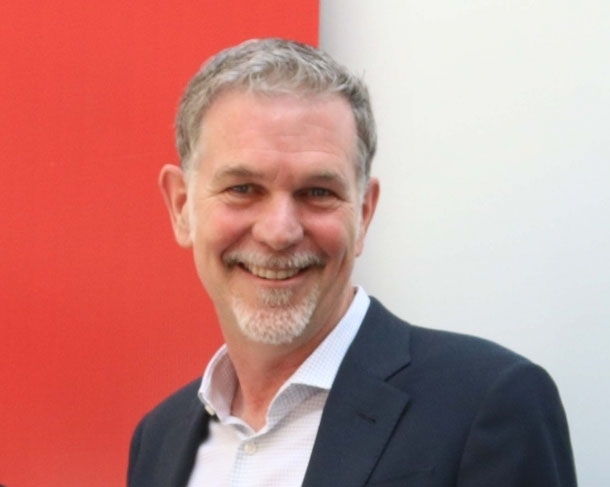 India, where Reliance Jio Infocomm has set an example for the world to emulate by widening low-cost Internet access, is a competitive and exciting market with its diverse dynamics and a large pool of stories, says Netflix CEO Reed Hastings.

“There has been tremendous traction… Everyone has been talking about ‘Lust Stories’ and ‘Sacred Games’. We have ‘Delhi Crime’ coming out this week. So, there are lots that are happening on the original front.

“There is also lots happening on Amazon, and on Hotstar, which is now going to be owned by Disney… It’s a super competitive, exciting market,” Hastings said during a tete-a-tete with select media from across the world at Netflix’s Los Angeles headquarters on Sunset Boulevard on Monday.

Hastings, who pointed out how there is “nothing more impressive in the world than what Reliance Jio has done in the past four years in India” to widen Internet accessibility, said these are good times for content creators in the region too.

“If you were an Indian content creator (earlier), there were very few places to go, and now there are many places to go. So, people are pouring in. There are amazing amounts of stories that are coming up.

“It’s going to be a very exciting and competitive market,” he asserted, adding: “I am very pleased with our performance there.”

According to the Ficci-EY Media and Entertainment report 2019, the huge appetite for local content is driving Netflix’s India original content. On an average, once every two weeks a new local high-quality series/film will launch on Netflix India.

The global visibility is also impressive if one goes by the numbers. Two of every three viewers of “Sacred Games” were from outside India, driven by being subtitled in 24 languages and dubbed in English, Brazilian Portuguese, Latin Spanish and Turkish.

But the popularity of Indian content in other countries varies.

“Like ‘Love Per Square Foot’ was strictly classic Bollywood. But ‘Sacred Games’ and ‘Lust Stories’, those crossovers made us more optimistic,” Hastings said.

“We try to tell the best stories we can. Sometimes they are ready, sometimes they take longer. It really varies by that. There are so many streaming services, but if you think about how many networks there are on cable in India, there are way more than 34. I think there’s a lot of room to do different kinds of stories,” he added.

Hastings also touched upon the self-regulatory Code of Best Practices that Netflix and players like Hotstar signed under the aegis of the Internet and Mobile Association of India (IAMAI).

“None of us want strict government regulation on content. We can be flexible and can protect creative freedom a little better if we are a little bit proactive,” he explained.

“It’s just before the elections. We are hoping the talk moves on because it’s a challenging time to talk about anything like that. So in general, people around the world…and I am talking about adults, not children, want to watch what they want to watch, and the Internet represents that freedom.”