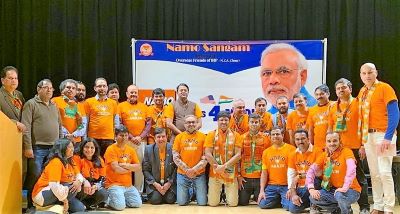 Hundreds of Bharatiya Janata Party supporters, community leaders and elected officials in northern and southern California organized efforts to drum up support for Indian Prime Minister Narendra Modi and his party in their efforts to win a second term in office.

India’s federal Lok Sabha election 2019 started April 11 and will conclude on May 19, and is to take place in seven phases. The counting of the results are to start May 23.

At the northern California event, Namo Sangam, the speakers said the achievements of the current government was a strong argument to vote it back into power. About 400 people attended the event, held March 31 at the Jain temple in Milpitas, California.

Chandru Bhambhra, coordinator of the Overseas Friends of BJP-Northern California, urged attendees to support the leader he described as a leader of modern India.

Bhambhra told indica, “India is our motherland and will always hold a special place no matter where I live.”

Asked what more he believes Modi could have done in his first term, Bhambra said Modi had effectively implemented more than 300 programs and schemes, of which some worked well. He said a few more in pipeline could be executed in Modi’s second term.

“We should support him because it’s after a long time that India has a leader who wants to work. He deserves the second term,” said Bhambhra, who admitted that the prime minister’s demonetization program had not gone as planned.

Dr Raj Salwan, vice mayor of Fremont and another Modi supporter, said that he very happy that at long last India has got Modi as a prime minister. Salwan said Modi had conviction, courage and the will to execute things well.

Rishi Kumar, council member from Saratoga, said India will be known in terms of Before Modi and After Modi. He said the prime minister’s dynamic leadership had sparked a sense of pride in being Indian that was hitherto missing.

Meanwhile, in southern California, BJP supporters came together at a ‘Chai Pe Charcha’ (Discussion over tea) hosted by the Overseas Friends of BJP on March 31 in Los Angeles, California.

Rushubh Rupani, the son of Gujarat Chief Minister Vijay Rupani, was the chief guest at the event, where community leaders discussed why they supported Modi.

Sunil Agrawal, the president of India Association of Los Angeles, told indica about Modi: “He has done more than any government could do. He works 16 hours a day, expecting more is insane.”

Lauding Modi’s handling of the situation following the terrorist attack in Pulwama that killed 40 Central Reserve Police Office personnel, he said, “The Balakot strike [targeting a terrorist camp in Pakistan] and the ASAT [anti-satellite] missile launch [destroying a satellite in low-earth orbit] with no nation condemning or sanctioning India that shows India has arrived at an international stage like a boss. Compare this with previous governments, which could order do any punitive strike because of a [fear of a loss of] standing in the world.”

He said Modi puts India first and has implemented ‘sabka saath, sabka vikas’ [Collective efforts, inclusive growth] in the true sense. Agrawal said that over 70 million liquefied petroleum gas connections were provided under to the poor under the prime minister’s Ujjwala scheme. He said the government had set a record by building more than 80 million toilets under its Clean India mission, one being replicated in China now.

Agrawal said Modi ran a corruption-and scandal-free government, one which took India’s “ease of doing business” ranking by the World Bank from 134 in 2014 to 77 in 2018. He added that Nitin Gadkari, the road transport and highways minister at the federal level, organized the construction of 23 kilometers of road per day as against two kilometers per day during the previous dispensation. The government also relied on increasing the use of waterways and using plastic to build roads.

“I do not think he or anybody else could have done more in five years,” Agrawal said. 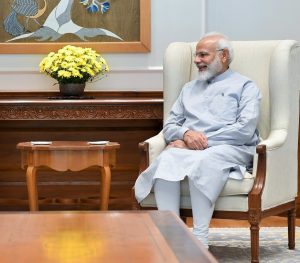 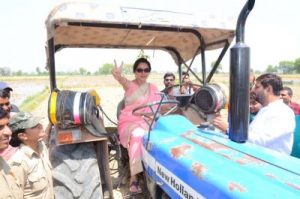 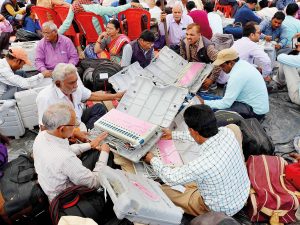