Presidential candidate Sen. Kamala Harris might have won the first Democratic debate by confronting former U.S. Vice President Joe Biden over civil rights issues including his position on busing and his remarks on segregationist senators, but Harris has provoked the U.S. Sikh community into wondering whether she really does believe in what she was saying based on her record when she was California attorney general.

Sikh activists have launched a petition demanding Harris apologize for supporting employment discrimination against a Sikh job applicant in 2011 during her tenure as California’s attorney general.

Rajdeep Singh Jolly, a lawyer and political consultant in Washington, D.C., says Harris lectures her opponents on civil rights, but she needs to apologize for trampling on the civil rights of Sikh Americans as California’s attorney general.

“I was watching the debate and Kamala Harris went after Joe Biden, very furiously over his civil rights record 40 years ago. I remember thinking hardly 10 years ago, she was doing the same thing to the Sikh community.” Jolly told indica.

Jolly said Harris never apologized over the case of Sikh army veteran Trilochan Singh Oberoi who was denied a job as a corrections officer at the California Department of Corrections and Rehabilitation because he had a beard.

In 2005 Singh cleared the written test, vision test, a physical abilities test, and every other test required by the state of California to get him a corrections officer job but was denied the position when he refused to shave his beard. The department rejected him, saying the state-mandated wearing a gas-mask during jail emergencies and that keeping beard would be a hindrance.

Sikhs consider hair a religious sacrament and wear turbans and maintain uncut hair and beards in accordance with their religious beliefs. The Sikh religion was founded in South Asia over five centuries ago. There are an estimated 25 million Sikhs worldwide and half a million in the United States, most of whom live in California, the state that Harris has represented in the U.S. Senate since 2017.

Jolly said in February 2007, Oberoi filed an appeal with the California State Personnel Board concerning the CDCR’s denial.

The case was widely covered by the news media and protested by civil rights organizations asking for action from Harris, who was the first Indian-American attorney general in the state of California. Harris backed the state agency and denied a job to the Sikh man.

He said that when the lawsuit was filed against the State of California, he joined with civic leaders in criticizing Harris’ actions.

“For those Democrats interested in supporting the Harris for president campaign, this issue will continue to an obstacle until she addresses it,” Shergill said. “I am hopeful that Senator Harris will make amends.”

Ajaib Gill, a delegate at California Democratic Party, told indica, “I believe she owes the Sikh community an apology for fighting so hard to enforce and defend this discriminatory practice.”

“This unfortunate incident is a reminder that Kamala Harris hasn’t always been progressive,” Gill said, adding that there have been other incidents throughout her career as a prosecutor that she should regret, including jailing poor parents for truancy and defending police misconduct.  Now that she has embarked on a more progressive path, showing contrition and issuing a sincere apology should be a no-brainer, he said.

“I hope she does the right thing,” Gill said.

Winty Singh, an author of the American Turban blog and commentator on Sikh American issues, said he was surprised after the debate.

“I found it incredulous that Kamala Harris would be so critical of another candidate’s connection with segregationists when, as California’s attorney general, she defended workplace discrimination (in effect, segregation) of a Sikh in 2011.”

“It implies that the rights of my community did not or do not matter. To date, she has never openly resolved her stance on that issue which, as a Sikh constituent, I find troubling that in her role in government that she endorsed this kind of discrimination. Her actions defending workplace discrimination was, in substantial part, why the California Sikh community joined with a variety of other faith groups to lobby for California’s workplace religious freedom law the following year,” Singh said.

When asked why they are asking for an apology now, Jolly said, “What if she becomes president of the United States. This is a big, big issue for the Sikh community. and we’ve fought so hard, worked so hard to get our foot into the door, and given her track record we don’t want to lose some of the rights we won in the last 10 years.”

Lauding President Obama and Biden Jolly said it was during their administration that observant Sikhs were recruited for the  U.S. military and compared to Harris, he said, “While the Obama-Biden administration was taking historic steps to allow observant Sikhs to serve in the U.S. military, Harris was fighting hard to deny religious freedom and equal opportunity to Sikh Americans.”

Requests for comment from the Harris office weren’t answered in time for publication. 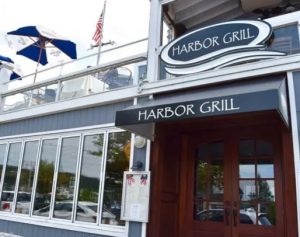 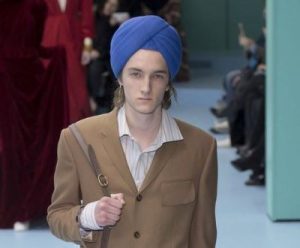