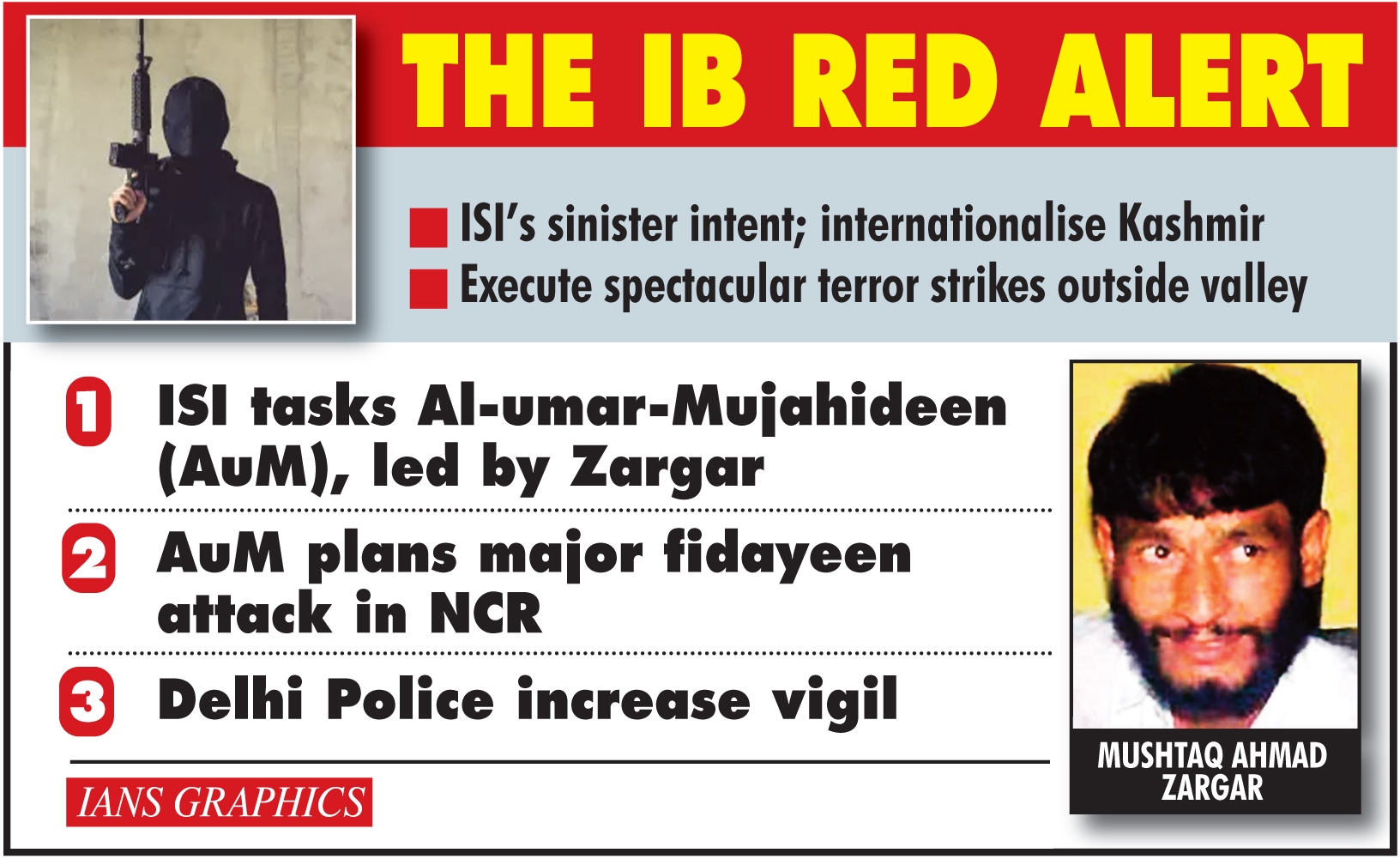 “Zargar has recruited Kashmiri cadres from Jammu and Kashmir as well from Pakistan Occupied Kashmir (PoK). Post revocation of Article 370, the ISI’s intention is to use Zargar’s cadres to carry out terror strikes in and out of Jammu and Kashmir,” says the IB report.

In a security briefing given to top Delhi police officers, the IB suggested strict anti-terror measures in the NCR (with the help of respective state police) to counter the ISI plot. The measures to be taken by the police includes intensive vigil on cybercafes, old car dealers, SIM card dealers, chemical shops, besides carrying out other secret drills. The reports say AuM’s present headquarters is based in Muzaffarabad (PoK) where the outfit runs a terror camp under the supervision of ISI officials.

The report says at present, Pakistan’s political establishment, its Army and ISI — all three — are working in tandem, and are desperate to internationalize the Kashmir issue. On Islamabad’s hidden goal, the report says, “Only spectacular (terror) action to be executed; internationalization is the intent.”

For this sinister plan, the ISI is tasking ‘fidayeen’ groups, which primarily includes AuM, for carrying out massive terror attacks outside the Valley. The report says after the revocation of Article 370, Pakistan Army chief Qamar Javed Bajwa’s open stand on Kashmir ostensibly gave a free hand to the ISI in tasking terror groups to carry out massive terrorist activities.

The report reveals that ISI can plot terror attacks through fidayeen, either as a human bomb or a driver of the explosive-laden vehicle (VB-IED). Similarly, terrorists can lob grenades in crowded areas or plant IEDs. For a major strike, to capture world attention, the terrorists can plant IEDs as well as resort to indiscriminate firing in high-security zones, in key cities in India located outside the Valley.

Sources in Delhi police said top cops are monitoring the security upgrade and extra vigil particularly in areas vulnerable to such strikes.