The woes of global software major Infosys seem to be worsening, with the US Securities and Exchange Commission (SEC) initiating a probe into the management’s alleged unethical business practices even as a global investor rights law firm announced that it had filed a class-action lawsuit on behalf of purchasers of Infosys securities.

Rosen Law Firm announced Wednesday it had filed the lawsuit on behalf of purchasers of securities of Infosys Limited (NYSE: INFY) from July 7, 2018, to Oct 20, 2019, inclusive (the ‘class period’). The suit seeks to recover damages for Infosys investors under federal securities laws.

In Bangalore, India, the company said in a statement that it was in touch with the SEC regarding the whistleblower complaints and had learnt that the commission had initiated an investigation. It pledged to cooperate with the SEC probe.

Some anonymous employees of Infosys have accused chief executive officer Salil Parekh and chief financial officer Nilanjan Roy of unethical practices and dressing up the company’s financial results for many quarters. They have also raised concerns on Parekh’s travels to the US and Mumbai.

“Parekh and Roy have been resorting to unethical practices for many quarters, as evident from their e-mails and voice recordings of their conversations,” said the complainants who styled themselves ‘ethical employees’ in a two-page letter to the Bangalore-based IT behemoth’s board of directors Sept 20.

According to the whistleblowers, Parekh directed employees to cook the books of accounts to show favorable numbers and coerced staff to not reveal crucial data to board members.

The Securities and Exchange Board of India (SEBI) is also probing the complaint and has demanded additional information from Infosys which the company promised to provide.

Infosys also said it was aware of the class action lawsuit filed against it in a federal court in the US and that it intends to “defend itself vigorously”.

According to the lawsuit, Infosys throughout the ‘class period’ made false or misleading statements and failed to disclose that it had improperly recognized revenues to inflate short-term profits; that the CEO had bypassed reviews and approvals for large deals to avoid accounting scrutiny; that the management pressured the company’s finance team to hide information from auditors and the board of directors; and as a result, the company’s statements about its business, operations and prospects were materially misleading and lacked a reasonable basis. When the truth emerged, the lawsuit said, investors suffered. 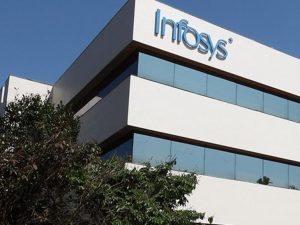