Indian economy is suffering but the future is bright - Indica news 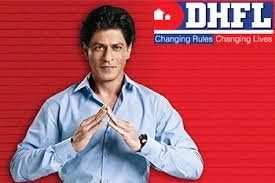 Indian Economy, which was considered the world’s fourth fastest-growing economy, is now facing a deep slowdown. It seems the economy has lost its sheen in the year 2019 says writer Daniel Moss in a piece on slowing down the economy in Bloomberg’s opinion.

The article says that it is rare to see such a humbling turn in fortunes of a major economy like India. According to the latest indicators, in the third quarter, India’s gross domestic product rose 4.5 from a year earlier. Consumer confidence has tumbled to the lowest level since 2014. The labor market, a vital indicator in a country with a population of 1.4 billion, is fragile: The jobless rate has climbed to a 45-year high of 6.1%.

If we compare the growth of India’s economy with a smaller country like the Philippines and Indonesia, they grew quicker than India last quarter and Malaysia was just a hair behind. China, grappling with its slowdown, logged a respectable 6% and Vietnam was way ahead at 7.3%.

In the last few years, Indian banks are struggling with bad loans. The condition can be understood by the fact that one of the most prominent, Infrastructure Leasing & Financial Services Ltd., defaulted last year, setting off a liquidity crisis.

While the government took control of the company to contain the damage, their work was just beginning: Last month, the central bank removed the management of Dewan Housing Finance Corp., a big player in mortgages, and sent it to the bankruptcy court. Lenders have pulled in their reins across the board.

The article of Bloomberg talks about Reserve Bank of India’s approach in curbing the slowdown. In difficult times, central bankers usually keep a firm and credible hand on the rudder. But the RBI has surprised investors a few times this year. An unusual 35 basis-point cut in August, rather than the quarter percentage point economists anticipated, looked frivolous rather than clever. A reduction this month seemed like a sure thing until officials balked. That was a shocking mistake.

Unreliable statistics are also a matter of concern for the Indian economy. An academic paper by a former aide to Prime Minister Narendra Modi reckons growth over the past few years was a lot closer to the third quarter’s 4.5% figure. Repairing data during a slump is tough because even incremental progress will be overshadowed by unflattering year-ago comparisons.

The defenders of India usually give the argument that India is a democracy and it is unfair to compare the country with China. India has a federal system and an independent judiciary, they argue. This system males impossible the kind of sweeping that Deng Xiaoping forced on China, which transformed the mainland into export and manufacturing powerhouse. Fair enough; during good times, however, Indian leaders said little to rebut the comparison.

However, this article also talks about the positive signs for the economy in the future. It says the slump doesn’t have to be the end of India’s run. India will always be more important to the world economy than the Philippines or Malaysia. Even if its economy grows at a slower pace, the contribution to the world economy would be larger due to the size of the Indian economy.

According to Shilan Shah of capital economics, as soon as next year, India’s monetary and fiscal stimulus will begin to kick in. The economy will likely grow by about 5% this year and pick up to 6% in 2020.

India may yet reclaim its mantle as the next big thing, albeit a toned-down and more durable version. The country and the world could be well-served by this brush with reality.