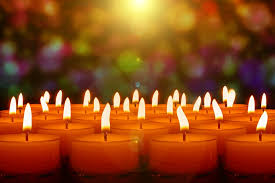 After January 19, 1990 some 350,000 Kashmiri Hindus were forced out of Kashmir on conditions that they leave their land, convert to Islam or die. Lakhs of Pandits living in Kashmir for ages had to vacate the area to save their lives.

Hindus across world are showing solidarity with the displaced Kashmiri Pandits. On the occasion of 30th anniversary of the tragedy, Hindu American Foundation, an organization working for Hinduism in America, is organizing candlelight vigils in several major cities in the US on January 19, 2020.

A media advisory released by the organisation reads, “Kashmiri Hindus (known as Pandits) experienced unimaginable devastation when they were cleansed from their ancestral homeland. The Pakistan-sponsored insurgency and campaign of targeted killings, rape, threats, and destruction of properties and religious sites spanned over many years. But events on January 19, 1990 reached a fevered pitch and culminated in mass panic and the forced displacement of 95% of the Kashmiri Hindu population.”

The candlelight vigil has been organised to honor those displace Kashmiri and to those who had lost their lives in this massacre.

“On that day, newspapers, posted fliers, and mosques issued declarations that Kashmiri Hindus were infidels and had to leave Kashmir, convert to Islam, or be killed. The campaign, according to the former ambassador of Pakistan to the United States, Hussain Haqqani, was part of an orchestrated campaign by Islamist militant groups sponsored by Pakistan’s Inter-Services Intelligence agency to create as Islamic state in Kashmir”, the media advisory said.

Candlelight vigil are organized at nine major cities of US. Here are the details of events.