Number of Indians trying to enter US illegally increases by 115% in 2019, highest in last decade - Indica news 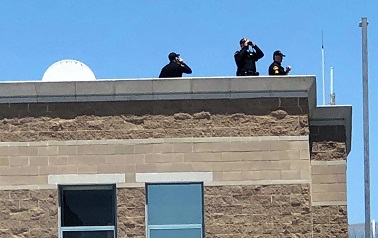 The US Border and Custom protection apprehended 7,720 Indian-origin people including 272 women and 591 juveniles during the fiscal 2019 for trying to enter the country illegally. The information was released by the North American Punjabi Association (NAPA) on Thursday, based on the figures obtained under the Freedom of Information Act.

Director of NAPA, Satnam Singh Chahal said that a total of 851,508 people were apprehended in the fiscal 2019 (October 2018-September 2019), a 115 per cent increase from the previous fiscal year and the highest total in 12 years.

“It is a matter of grave concern that a large number of juveniles of Indian-origin are being apprehended at the US Borders for their illegal entry into the United States,” Chahal said, reported Hindustan Times.

There are 48 US–Mexico border crossings, with 330 ports of entry and at these points of entry, people trying to get into the US are required to open their bags for inspection. Border crossings take place by roads, pedestrian walkways, railroads and ferries.