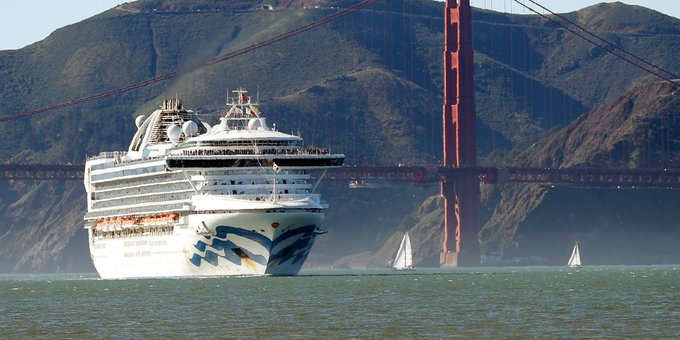 The Grand Princess, anchored in the San Francisco Bay off the Northern California, had more than 130 crew members from India aboard, among the more than 3.500 people representing 54 nationalities, most of whom got off the ship while it was docked in the Port of Oakland but leaving many crew waiting to go home.

A Princess Cruises spokesperson told indica, “We are unable to confirm nationalities of those who remain onboard at this time, but we can confirm that Princess Cruises is in touch with the Indian Embassy.”

Indian officials, too, confirmed there were 131 Indian crew members and one spouse of a crew member on the ship, and the Indian government was working with the State Department for on formalities of sending the stranded Indians employees back home.

Officials announced late Sunday that many remaining crew members will be returned to their home countries by chartered flights, paid for by Princess Cruises, after undergoing the same health screenings as passengers.

“This humanitarian effort is applauded by Princess for its intent to assist crew members, not required for the safe operation of the ship, allowing them to return to their home countries. Princess Cruises has committed to pay for the ground transportation and charter flight costs.” the cruise line said in the release.

The crew members disembarking undergo the same health screenings as guests from the ship, which continues to be managed by HHS and CDC health authorities, the release said. Crew members who are ill, for any reason, or symptomatic will not be allowed to fly on the charter flights. Crew members who are not symptomatic but for whom no charter flight is currently available will stay under quarantine on the ship. Those requiring elevated care will be moved to land-based medical facilities or HHS alternate care sites, depending upon their condition.

The Princess Cruise did not disclose much about the Indian crew members, but Indian official said all crew members are safe.

However, according to the Princess Cruises press release 19 crew members who tested positive for COVID-19 have been deemed asymptomatic and did not leave the ship. Those crew members were in isolation yesterday in their individual cabins.

This repatriation process has been extremely challenging due to the dynamic nature of the expanding and evolving air travel restrictions throughout the world. Princess Cruises appreciates the cooperation of the federal agencies along with state and local resources who have helped facilitate the disembarkation of crew members for humanitarian reasons and provide appropriate care under HHS and CDC health authority guidelines.

As of Saturday, March 14, state and federal officials had disembarked more than 2,900 individuals from the Grand Princess which includes more than 2,400 passengers and more than 500 crew. 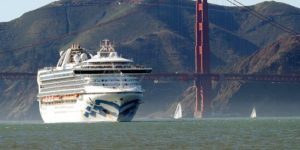