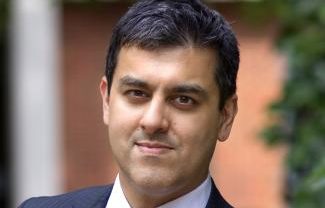 US President Donald Trump has nominated Indian-American law professor Aditya Bamzai to another term on a board that ensures civil liberties are protected during the war on terror.

Bamzai’s term on the Privacy and Civil Liberties Oversight Board ended in January early this year and Trump sent his renomination for another term till January 2026 to the Senate, which has to approve it.

He is an Associate Professor of Law at the University of Virginia School of Law where one of his areas of expertise is national security law.

A graduate of Yale University and the Chicago University Law School, he has practiced before the US Supreme Court and the Foreign Intelligence Surveillance Court.

He has been a law clerk to Justice Antonin Scalia of the Supreme Court.

The Privacy and Civil Liberties Oversight Board, created in its present form in 2007, says its “mission is to ensure that the federal government’s efforts to prevent terrorism are balanced with the need to protect privacy and civil liberties”.