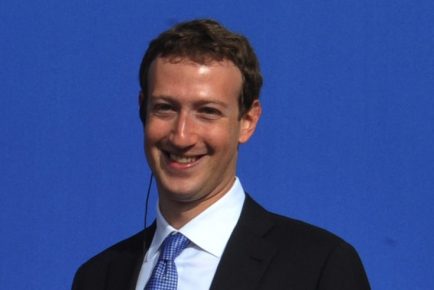 Nikhila Natarajan(IANS)- It’s official. Social media and tech giant Facebook is pouring in $5.7 billion for a 9.99 percent stake in India’s oil-retail-telecom conglomerate Reliance Industries Limited (RIL) led Jio Platforms — the largest investment for a minority stake by a technology company anywhere in the world and the largest FDI in the Indian tech sector, according to a RIL statement on Wednesday.

“This investment by Facebook values Jio Platforms at Rs 4.62 lakh crore ($65.95 billion) pre-money enterprise value, agreed at a conversion rate of Rs 70 to a US Dollar. Facebook’s investment will translate into a 9.99% equity stake in Jio Platforms on a fully diluted basis,” RIL said.

RIL chairman and managing director and Asia’s richest man Mukesh Ambani said: “the synergy between Jio and Facebook will help realize Prime Minister Narendra Modi’s ‘Digital India’ Mission with its two ambitious goals — ‘Ease of Living’ and ‘Ease of Doing Business’ — for every single category of Indian people without exception”.

“I want to thank Mukesh Ambani and the entire Jio team for their partnership. We’re looking forward to getting started,” Facebook founder and CEO Mark Zuckerberg wrote on his personal Facebook page. In USD terms, Facebook’s chief revenue officer values the investment at $5.7 billion.

The digital transformation of India’s neighborhood grocers or ‘kirana’ stores occupies a central role in the early outcomes expected from the Facebook-Jio deal.

RIL hopes to leverage the power of complementary platforms across Jio and Facebook “especially” to modernize India’s small businesses.

For Facebook, the deal with Jio allows it to wade deeper into the Indian market where it’s WhatsApp messaging platform alone has 400m users. India is home to some of Facebook’s most thriving communities on WhatsApp, Facebook and Instagram.

Facebook daily active users (DAU) in India, Indonesia, and the Philippines have been key sources of growth for the company. Facebook DAUs were 1.66 billion on average for December 2019. This number excludes users on WhatsApp and Instagram.

Launched in 2016 with free voice calls and cheap data, Reliance Jio has upended Indian telecoms and risen to become the country’s leading telecom operator with 388 million subscribers at last count. Three in 5 smartphone users in India are now on the Jio network.

Speculating on the likely deal a month ago, a Financial Times report said: “Mukesh Ambani’s Reliance has emerged as the only Indian company capable of competing with US tech groups in the fast-growing Indian market, expanding from mobile telecoms into everything from home broadband to eCommerce.”

RIL’s core business is oil refining and it runs the world’s biggest oil refining complex in Jamnagar. The company is also India’s largest retailer with over 10,000 stores selling everything from groceries and consumer electronics to apparel, Jio is India’s largest mobile telecom operator in barely three years since launch.

RIL posted a record quarterly profit in results released January. Retail and telecom topline rose more than 25 per cent in the December quarter.

“In the post-Corona era, I am confident of India’s economic recovery and resurgence in the shortest period of time. The partnership between WhatsApp and Jio will surely make an important contribution to this transformation,” Ambani said.