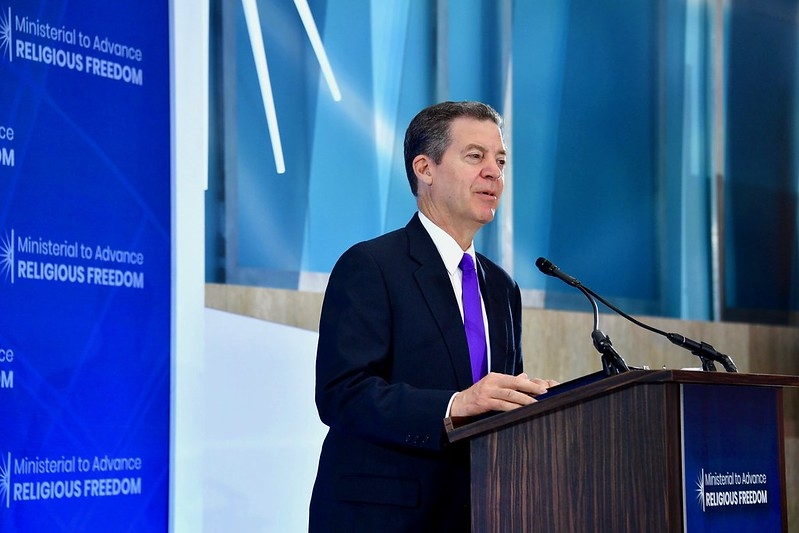 The US State Department’s top official for religious freedom is ambivalent about providing refuge for Sikhs under attack in Afghanistan and has said “we’ve been inquiring” about possible places they could go to.

Ambassador for International Religious Freedomm Samuel Brownback said on Thursday during a news briefing that the killing of Sikhs in Afghanistan is a “terrible tragedy” and that he had spoken to Sikh representatives who wanted their co-religionists to be allowed to immigrate to the US or Canada.

They even made inquiries about India and Pakistan as places they could go to, he said.

Brownback indicated that he was not for all the 1,000 or so Sikhs left in Afghanistan moving out of there to escape religious persecution.

“These latest attacks just make it such that the community wants to remove itself whole cloth. That’s really… that’s not the response that a number of people want to see. We want to see people to be able to live in peace and harmony in their own nation and not be forced to leave,” he said.

Without identifying those carried out the attacks or labelling them terrorists, Brownback said: “It’s a terrible tragedy that this wonderful, peaceful religious group is – virtually been decimated in Afghanistan and less than a thousand left in the entire nation. That’s wrong. They should be allowed to live there freely and peacefully.”

A terrorist attacked a gurdwara in Kabul in March killing 25 Sikhs and wounding eight. The Islamic State, which has been designated by the US as a terrorist organisation, took responsibility for the attack.

Brownback said: “The cases are still being reviewed, and we’ve been inquiring, as others have, of possible places for the remaining Sikhs in Afghanistan to go to be able to be safe. I don’t have anything publicly that I could say about where those situations might end up being.”

Brownback’s ambivalence about refuge in the US for the persecuted Sikhs reflects President Donald Trump’s Administration’s policy of limiting the number of refugees admitted to the country.

During the COVID-19 crisis, the administration has stopped refugees from coming in.

Brownback has opposed India giving expedited citizenship to Sikhs and other persecuted religious minorities including Christians from Afghanistan.

He has criticised the Citizenship Amendment Act, which speeds up citizenship for members of minority faiths from Afghanistan, Pakistan and Bangladesh who have taken refuge in India.

Meanwhile, the Hindu American Foundation has launched a national campaign in the US to ask Congress “to save the Afghan Hindus and Sikhs before its too late”.