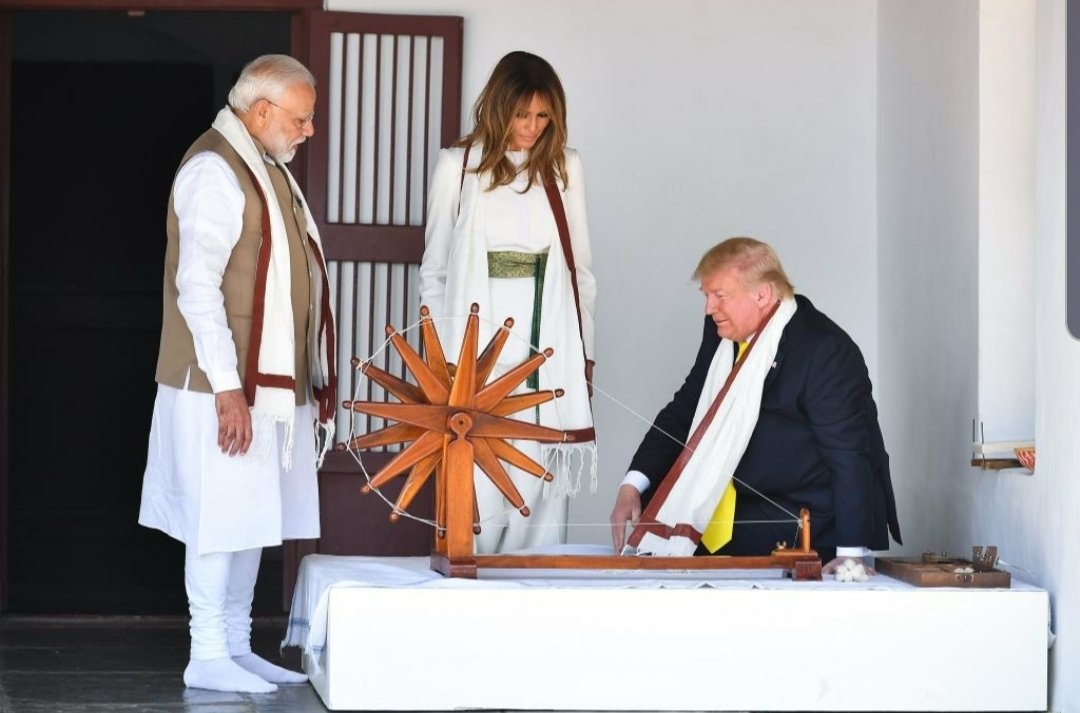 Prime Minister Modi in his recent speech emphasized on ‘atma nirbharta’  (self reliance), and I read Seshadri Chari’s article ‘ Modi’s idea of self-reliant India same as Gandhi’s—modernization yes, Western dependence no’ published in the print.in.

Chari utters empty, meaningless platitudes and obfuscations, showing he has no knowledge of economics. He says “Swadeshi should be interpreted as a bridge between robust localization and inevitable globalization, complementary to each other, and not diametrically opposed “, and “ Self-reliance should not mean divorcing international trade. India will have to seriously engage with the region and the world, but at the same time strengthen its own domestic industry by streamlining the governance system. Swadeshi should not be interpreted as isolation “.

Chari concludes by this high sounding but empty cant and mumbo jumbo “ Being vocal for local is the recognition and promotion of the intrinsic strength of Indian entrepreneurship waiting to be freed from the shackles of inextricable tangles of land, labor, liquidity and laws, as PM Modi pointed out “

Now what is one to make out of this bombast?

Since Chari has referred repeatedly to Gandhi, I may point out that Gandhi’s economic ideas were totally reactionary. He advocated self-reliant village economies, as if that is possible and conducive to the people’s welfare in the modern world.

Gandhi was a great champion of promoting charkha ( the spinning wheel ) and he often spoke against industrialization. But it is silly to say in today’s world that cloth should not be made in mills but by hand. His trusteeship theory was also humbug. Today 7 individuals in India own as much, if not more, wealth than the bottom half of India’s 135 crore population. Are these 7 individuals trustees working for the people’s welfare?

Apart from the above, it must be mentioned that only highly developed countries can be atma nibhar ( self reliant ), underdeveloped countries like India cannot. For instance, India has to buy almost all its heavy weapons for its military, like tanks, artillery, planes, submarines etc from foreign countries at heavy cost. Last year India bought 72,400 assault rifles from a US firm Sig Sauer for Rs 700 crores.

How do we do that?

To my mind the solution is rapid industrialization under patriotic modern minded leaders. It is only widespread and large-scale industry which can abolish poverty, create millions of jobs and generate the wealth required for the welfare of our people.

But how is such widespread industrialization to be achieved?

There was no doubt a certain degree of industrialization after independence under the leadership of Pt. Nehru. Some steel plants were set up, IITs and other technical institutes opened, etc. But now our economy has totally stagnated. Why?

To my mind there are powerful external and internal forces which will not allow us to industrialize any further, and which we have to combat if we wish to progress. Let me explain.

China had a Revolution in 1949, after which the Chinese leaders rapidly industrialized and set up a massive industrial base. This massive industrial base, coupled with the cheap labor available in China, enabled the Chinese to undersell the whole world in consumer goods (and now in many high end goods too). The Western supermarkets are packed with Chinese goods, because these often sell at less than half the price of goods manufactured by Westerners (because Western labor is expensive).

Indian labor is cheaper than even Chinese labor! So if we set up a huge widespread industrial base we can undersell even the Chinese. Who then will buy the expensive goods of the industrialized countries?

So the unwritten unmentioned rule of the industrialized countries is: do not allow India to industrialize any further at any cost, and do everything to prevent it e.g. by making Indians fight on caste, religious, ethnic or regional basis.

It was for this reason that the bogus two nation theory (that Hindus and Muslims are two separate nations) was propounded by the Britishers using Gandhi and Jinnah as their agents (see my blogs on them on my blog Satyam Bruyat, as well as my articles ‘The Truth about Pakistan’, ‘The Truth about Partition’, and BN Pande’s ‘History in the service of Imperialism’ online). The purpose of Partition was two fold (1) India must not be allowed to emerge as a powerful industrial giant, and for this, Hindus and Muslims must be made to keep fighting each other (2) The subcontinent must remain a big market for foreign arms industries (India is the biggest purchaser of foreign arms in the world, spending billions of dollars on them, money which could have been used for the welfare of our poor people).

All industrialized nations in the world e.g. England, Germany, USA, Japan, Russia, etc. did their industrialization under political leaders who understood the importance of industry and were determined to rapidly industrialize their country. For instance, after the Meiji Restoration in 1868 the leaders who came to power set about rapidly industrializing Japan (by hiring technical specialists from Western countries, sending their youth to Western technical institutes etc). The result was that in 15-20 years Japan was transformed from a backward, feudal country to a modern industrialized one.

On the other hand, in India we borrowed the parliamentary system of democracy, which runs largely on caste and communal vote banks. Casteism and communalism are feudal forces, which must be destroyed if India is to progress, but parliamentary democracy further entrenches them. Our political leaders have no genuine interest in rapidly industrializing the country, their aim is to amass wealth and win elections for which they have mastered the art of polarizing the masses and spreading caste and communal hatred. How then can India progress under their leadership?

We have to use all our creativity and create an alternative to parliamentary democracy, a political system which enables India to rapidly industrialize. For this some kind of Revolution is inevitable in India, though when that will happen and what form it will take is impossible to predict.

But what can be said with certainty is that this Revolution will be through a historical united people’s struggle led by modern minded, secular and selfless patriotic leaders who are determined to sweep away the filth of feudalism and feudal ideas accumulated over centuries, and rapidly industrialize the nation.

Only then will India become atma nirbhar.