India relaxes restrictions for OCI cardholders; but there is a digital lottery - Indica news 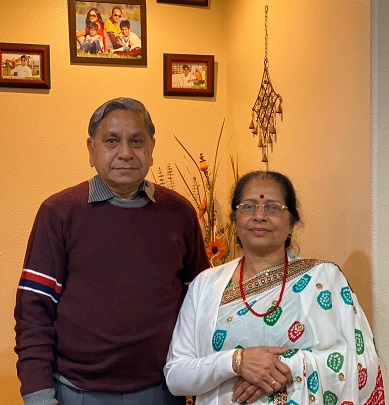 However,the announcement made Friday, May 22, gave some relief to OCI card holders though they might have to wait long for their turn.

The repatriation of the Indian nationals stranded abroad was launched this month under the slogan, “Vande Bharat Mission” giving preference to fly back home only to the Indian nationals facing medical emergencies or requiring return due to bereavement in the family, students, pregnant women, elderly or those facing expiry of visas will be given priority, and identified through an electronic random selection method.

The Indian consulate in San Francisco told indica the second phase is ongoing and “there is no space” in the flight.

When asked when the government would allow the OCI card holders to fly back, said, “The can fly immediately, just that there is no space in today’s flight.”

This issuance of ticket is based on digital lottery.

When asked the media reports published in India says the thrid phase starts June 13, the consulate officer told indica, it’s not announced yet the date of the next flight.

Neha Suman based in Northern California welcoming the move to carry stranded Indians back home, however feels government should have allowed more flights to India if there is a lottey.

Neha told indica, she has filled the form a week ago from here(US) and his brother from India seeking help, but haven’t heard anything.

“There are not many flights and my parents’ visas are ending on June 10 and their medicines as well,” Neha said, sounded worried that they have got their visa extended, and is not sure when there would be the next direct flight to Delhi.

Another traveler who had to cancel the ticket since their new born daughter do not have OCI card.

According to the Friday announcement, a traveler [according to Friday, May 22 regulation] should carry OCI card.

It’s a must said the consulate officer.

The Overseas Citizens of India or OCI card is issued to people of Indian origin globally which gives them almost all the privileges of an Indian national except for the right to vote, government service and buying agricultural land. The OCI card gives them a visa free travel to India.

On Friday, May 22 the central government allowed certain categories of OCI card holders, who are stranded abroad, to come to the country. Earlier, according to the regulations issued by the Indian government in April, visas of foreign nationals and OCI cards were suspended as part of the new international travel restrictions following the COVID-19 pandemic.

The government of India has decided to permit few categories of Overseas Citizens of India (OCI) card holders who are stranded abroad including in the US to travel back to India by Special Flights that include minor children born to Indian nationals abroad and holding OCI cards, OCI cardholders who wish to come to India on account of family emergencies like death in family, couples where one spouse is an OCI cardholder and the other is an Indian national and they have a permanent residence in India and university students who are OCI cardholders (not legally minors) but whose parents are Indian citizens living in India.

This suspension of privilege of visa free travel to India was causing distress among a large number of people of Indian-origin and Indian citizens in countries like the US whose children were OCI card holders as they were born in US.

Many Indian parents, several of whom lost their jobs as a result of the economic crisis due to coronavirus pandemic, but were not allowed to take the special evacuation flights of Air India from various US cities, took to social media and urged the Indian leaders to allow them to travel to India.

“This is a big relief for the OCI card holders. It was a humanitarian crisis in the making. I am pleased that the Indian Government listened to their voices,” said social activist Prem Bhandari, chairman of Jaipur Foot USA, who has been taking up the cause of the OCI card holders.

In a family of four, her six-year-old daughter is a OCI card holder and rest are Indian citizens and their US visa is about to expire. But they were not able to travel because of the previous travel restrictions for the OCI card holders. Now they are planning to travel back home. “…. much needed relaxation to the distressed parents with minors having OCI need to travel back home,” said Geeta Somani.

Bhandari who for the past few weeks had launched a relentless campaign for the Indian Government to reverse its recent OCI order, said voices of overseas Indians were humanely considered by its leaders, right from the top Prime Minister Narendra Modi, to Minister of State for External Affairs V Muraleedharan, reported The Hindu.

Flooded with questions on the OCI card issue, Muraleedharan during a webinar last week organized by Federation of Indian Americans (FIA) and Bihar Jharkhand Association of North America (BJANA), assured Indian Americans that the government will soon take a decision.

During the webinar, after listening to their concerns, top RSS leader Dr Krishna Gopal had assured us that he will take up the matter with appropriate authorities in India.

This is great news for the diaspora in need, said Ranjeet Singh Champawat. Today is such a great day. The Government of India resolves the big concern for OCI holders,” said Alok Kumar, former FIA president.

At the same time, a number of OCI card holders on Friday sought further relaxation.