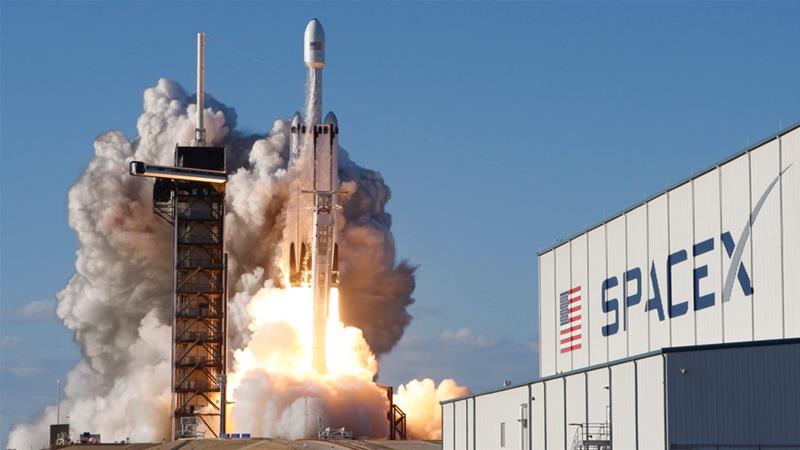 Scripting a historic chapter for the US space program, Elon Musk-run SpaceX on Saturday sent two NASA astronauts to the International Space Station (ISS) onboard the reusable Falcon 9 rocket.

The SpaceX Crew Dragon spacecraft carrying NASA astronauts Robert Behnken and Douglas Hurley was on its way to the orbiting laboratory in the space and had safely reached orbit, NASA said in a statement.

It is the first time that astronauts have been sent into space from the US soil since 2011.

It is also the first time that US astronauts have been sent into space by a private company, signaling an end to the US dependence on the Russian space technology.

The Crew Dragon spacecraft lifted off from NASA’s Kennedy Space Center in Florida, the same site used for the first moon landing in 1969, reports CNN.

“I can’t believe it with my own eyes. I’m so grateful they’re up there,” said SpaceX engineer Lauren Lyons, who frequently hosts SpaceX’s mission webcasts.

The journey would take approximately 19 hours and the astronauts should reach the space station at around 10.30 ET (eastern time) on Sunday, according to NASA.

After successfully docking, Behnken and Hurley will be welcomed aboard the station and will become members of the Expedition 63 crew.

They will perform tests on Crew Dragon in addition to conducting research and other tasks with the space station crew.

Earlier, NASA and SpaceX postponed the historic launch of two astronauts to space from NASA’s Kennedy Space Center in Florida on Wednesday due to bad weather.

This is the first-ever crewed mission for SpaceX, nearly a decade after the US government retired the space shuttle program in 2011.

Although the Crew Dragon being used for this flight test can stay in orbit about 110 days, the specific mission duration will be determined once on a station based on the readiness of the next commercial crew launch, said NASA.

The operational Crew Dragon spacecraft will be capable of staying in orbit for at least 210 days as a NASA requirement.

Upon conclusion of the mission, Crew Dragon will autonomously undock with the two astronauts on board, depart the space station and re-enter the Earth’s atmosphere.

Upon splashdown just off Florida’s Atlantic Coast, the crew will be picked up at sea by SpaceX’s Go Navigator recovery vessel and return to Cape Canaveral.

This Demo-2 mission is the final major step before NASA’s Commercial Crew Programme certifies Crew Dragon for operational, long-duration missions to the space station, laying the groundwork for future exploration of the Moon and Mars starting with the agency’s Artemis program, which will land the first woman and the next man on the lunar surface in 2024.