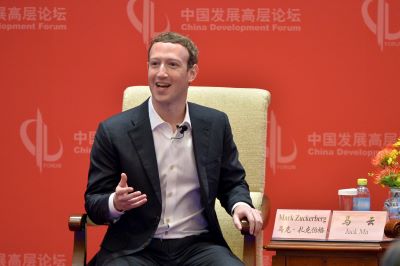 A coalition of civil rights organizations has urged the United States House of Representatives to launch a congressional probe into the functioning of Facebook and its “role in amplifying hate and bigotry around the world, especially in South Asia.”

The Coalition to Stop Genocide in India said in a statement that “there exists ample evidence in the public domain that hateful rhetoric online especially by influential groups and individuals, has led to actual violence that has destroyed countless lives in India, Myanmar and other countries.”

The coalition also called on Facebook to “fire Ankhi Das, the company’s policy chief in India, as an immediate remedial step.”

“By blocking punitive action against some Facebook accounts belonging to high ranking politicians from the ruling Bharatiya Janata Party, Ms. Das allowed the accounts to continue their hateful and violent rhetoric, acting as an enabler for them to incite hate and mass violence against social and religious minorities,” it said.

“According to the Delhi Minorities Commission Fact Finding Report on the Delhi pogrom of February 2020, many of the killings were coordinated over WhatsApp, a messaging app owned by Facebook. A hair-raising news report by online magazine Quint documented how Facebook live sessions were used to make open calls to target for Muslims and Dalits. Another report by The Wire, has highlighted how violence against Dalits, Adivasis, and other dissenters was organized using one of the Facebook platforms,” the coalition statement said.

Outrage and calls for a public accountability process of Facebook’s role in “enabling the incitement of mass violence in India” have grown since The Wall Street Journal report August 14.

“Facebook’s corrupt enabling of hate speech and Islamophobia has been studied and extensively documented and actually goes far beyond what was highlighted in the Wall Street Journal article,” the coalition said.

Sana Qutbuddin, director of advocacy, Indian American Muslim Council, said: “We welcome the scrutiny into the scandal announced by India’s Parliamentary Standing Committee on Information Technology. However, a full extent of the corruption within Facebook can only be gauged through a Congressional probe launched by the US House of Representatives.”

The coalition’s charges against Facebook include citing a 2019 report by the nonprofit activist network Avaaz. It accused Facebook of having become a “megaphone for hate” against Muslims in the northeastern Indian state of Assam — “where nearly two million people, many of them Muslims, have just been stripped of citizenship by the far-right Hindu nationalist government of Prime Minister Narendra Modi,” the coalition said.

“Following Facebook’s pivotal role platforming hate-speech and violent actors in the Rohingya genocide, the company admitted its part in inciting violence and stated they would do more to provide resources in order to address the abuse of its platform,” the coalition said.

It quoted Yanghee Lee, the UN special rapporteur on Myanmar, as saying in 2018: “I’m afraid that Facebook has now turned into a beast, and not what it originally intended.”

The coaliton said: “Facebook was also accused by several independent journalists of censoring political content ahead of 2019 general elections by temporarily suspending accounts, labeling news as “spam”, and not permitting news organisations and civil society to promote their original content and investigative stories that would cause damage to the BJP government.”