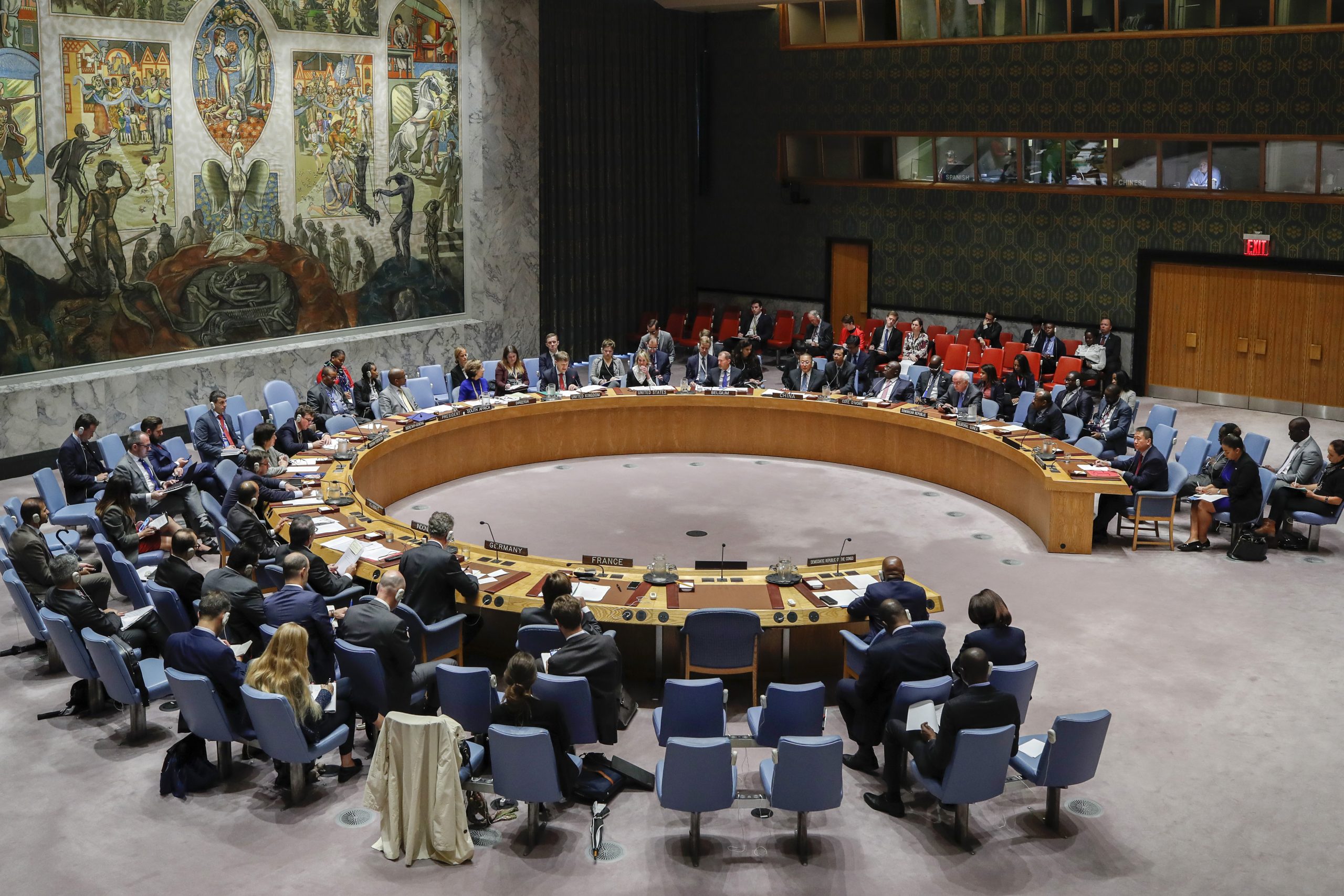 IANS- The General Assembly committed itself to put “new life” into the stalled reform of the Security Council in its Declaration for the 75th Anniversary of the United Nations on Monday.

The Declaration with a 12-point action plan, that was adopted unanimously, said: “We commit to instill new life in the discussions on the reform of the Security Council.”

To promote peace and prevent conflict, the Declaration said the UN must “better address” terrorism.

“Terrorism and violent extremism conducive to terrorism are serious threats to international peace and security,” it said.

Several leaders in their speeches affirmed the need to reform the Security Council to make it more reflective of the current global reality, far removed from the world dominated by a few powers who had won the Second World War in 1945.

Turkey’s President Recep Tayyip Erdogan said: “A Council with a structure that leaves the fate of seven billion people at the mercy of five countries (that are permanent members with veto powers) is not fair, and it is not sustainable either. A Council architecture that is democratic, transparent, accountable, effective, and based on an equitable representation has become a necessity – rather than a choice – for humanity.

“The urgency for all countries to come together, to fulfill the promise of the nations united has rarely been greater,” it said.

“The Covid-19 pandemic has reminded us in the most powerful way that we are closely interconnected and only as strong as our weakest link,” the Declaration said, laying out the action plan, one of the elements of which is to be be prepared through international action to deal with calamities like the coronavirus calamity.

It said: “The Covid-19 pandemic caught us off guard. It has served as a wake-up call for improving our preparedness for not only health-related crises but also other challenges and crises. We need to strengthen international cooperation, coordination and solidarity.”

Before the Declaration was adopted, Secretary-General Antonio Guterres said that “a great achievement of which member states can be proud – and which we must all strive to preserve” of the UN is that it has avoided a Third World War or a military confrontation between major powers.

“No one wants a world government – but we must work together to improve world governance,” he said outlining the challenges faced internationally.

Outlining UN’s achievements, General Assembly President Volkan Bozkir pointed to the increase in its membership from 51 to 193 “reflecting, in significant part, countries gaining their cherished independence and committing to the United Nations and its Charter as sovereign states”.

“Quiet diplomacy and the development of arms control regimes prevented the decades-long cold war from turning into a nuclear conflict. Peacekeeping Missions have kept the peace and protect civilians. UN special political missions have helped defuse crises and promote lasting solutions to conflict. Electoral assistance has reinforced public trust in democracy, including in crucial transition periods.”

“It is now time to mobilize your resources, strengthen your efforts, and show unprecedented political will and leadership, to ensure the future we want and the United Nations we need,” he said.

Among the other elements in the Declaration is empowering women and girls and ending violence against them.

The Declaration committed the UN “to listen and work with youth” who is “the missing piece for peace and development”.

While reiterating the goals for sustainable development and fighting climate change and getting the resources needed for those, it committed the UN members to improve digital cooperation.

Other elements of the Declaration include building trust between nations and promoting international security.