VISHAL GULATI(IANS)- After a decade of sheer hard work by the Border Roads Organisation (BRO), Prime Minister Narendra Modi on Saturday inaugurated the strategic Atal Tunnel, one of the world’s most challenging and a marvel of engineering motorways, in the Himalayas that will also bring the infantry combat vehicles closer to the Line of Actual Control.

Donning a BRO cap, Modi interacted with BRO Director General Lt Gen Harpal Singh, who explained to him through a photo exhibition, about the hurdles the agency faced during the tunnel excavation. Singh explained in detail the challenges encountered during the heavy water influx of Seri rivulet.

He explained how taming the glacial-fed Seri rivulet inside the tunnel was one of the biggest challenges for the engineers. It’s a tributary of the Beas river and the tunnel alignment is crossing beneath the rivulet.

After opening the tunnel, Modi drove through the tunnel and took a look at the features of the tunnel, including the escape route in case of an emergency.

The 9.02 km-long horseshoe-shaped single-tube, two-lane tunnel — the world’s longest motorable tunnel at over 3,000 metre above the sea level, came up under the 3,978 metre Rohtang Pass in the Pir Panjal range some 30 km from here in Himachal Pradesh.

The tunnel connects this tourist resort to the Lahaul Valley throughout the year. Earlier, the valley was cut off for about six months each year owing to heavy snowfall and snapping of road link via the Rohtang Pass.

Earlier, Chief Minister Jai Ram Thakur welcomed him along with Defence Minister Rajnath Singh and Union Minister of State for Finance Anurag Thakur upon his arrival at the Snow and Avalanche Study Establishment (SASE} helipad near here.

Both Rajnath Singh and Thakur reached here a day earlier.

“The all-weather tunnel can take any military traffic, even armored vehicles,” a BRO official aware of the development told IANS.

However, the all-weather road to forwarding areas of Ladakh requires more tunnels, either at Shikunla or at the high passes located on the 475-km Manali-Leh road for round-the-year connectivity.

The Rohtang tunnel, a dream of former Prime Minister Atal Bihari Vajpayee and named after him posthumously, was completed after 10 years of by the BRO with an outlay of Rs 3,200 crore.

Talking exclusively to IANS, tunnel project Director Colonel Parikshit Mehra said the tunnel has maneuvered one of the largest shear zones in the history of highway tunneling.

“A length of 587 m across the Seri-nullah or rivulet zone took us four years and the balance 8.4 km took almost the same time,” he told IANS.

Colonel Mehra, who did a twin master’s degree in tunnel engineering, including one from Austria, said during excavation the temperature inside the tunnel rose to 55 degrees Celsius before breakthrough and it hardly crossed 20 degrees after that.

On its vulnerability, he said, “The deep tunnels in general are not vulnerable to the tectonic effects since they move as a rigid body with shock waves.

“However portal buildings are vulnerable to earthquakes and in our case earthquake loads have been considered in design.”

The decision to keep the main and escape tunnel within the same opening was taken with a viewpoint not to disturb a large extent of rock mass and restrict excavation to a specific area only, Colonel Mehra said.

Globally, the escape tunnel is built separately along the main tunnel.

And no wonder the working conditions were relatively short and tough too owing to climatic conditions. “The north portal of the tunnel was accessible only for five-six months in a year,’ he said.

The tunnel construction, a blessing for the people of landlocked Lahaul-Spiti district who mark a new beginning in their lives this winter. The district was abandoned on numerous occasions, primarily due to the complex geology that included fracture zones and fault lines.

The tunnel will shorten the distance between this Himachal Pradesh tourist resort and Keylong, the headquarters of Lahaul-Spiti, by 46 km, shortening the travel time by nearly three hours.

The construction contract of the tunnel has been awarded to Strabag-Afcons, a joint venture between India-based Afcons Infrastructure and Austria’s Strabag.

Chandigarh-based SASE has designed mechanical structures to ensure the safety of motorists by countering avalanches on both ends of the tunnel that remain under snow even during peak summer.

Engineers of SASE, a Defence Research and Development Organisation (DRDO) laboratory, said self-escape snow galleries have been erected for the safety of motorists after studying the local dynamics of avalanches like force and velocity.

The tunnel’s foundation stone was laid by United Progressive Alliance (UPA) Chairperson Sonia Gandhi on June 28, 2010, in the Solang Valley near Manali, some 570 km from the national capital.

The completion of the Atal tunnel is a key element in the Defence Ministry’s attempts to make the entire 475 km-long Manali-Keylong-Leh highway, used by the armed forces to reach forward areas in Ladakh bordering China and Pakistan, motorable almost round the year.

The double lane tunnel with a roadway of eight meters has an overhead clearance of 5.525 meters.

It is 10.5-meter wide and has a 3.6 x 2.25 meters fireproof emergency egress tunnel built into the main tunnel itself.

The tunnel has ample safety features built into it. The key safety features include the telephone connections at every 150 meters for emergency communication, fire hydrant mechanisms at every 60 meters, auto incident detection system with CCTV cameras at every 250 meters and air quality monitoring at every one km.

The historic decision to construct the strategic tunnel was taken on June 3, 2000, when the late Atal Bihari Vajpayee was the Prime Minister.

The foundation stone for the access road to the south portal of the tunnel was laid on May 26, 2002.

The breakthrough from both ends of the tunnel was achieved on October 15, 2017.

(Vishal Gulati can be contacted at vishal.g@ians.in) 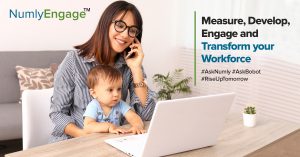 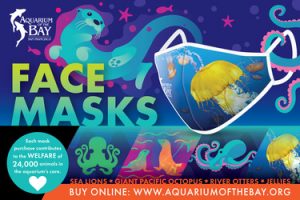 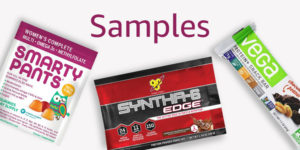