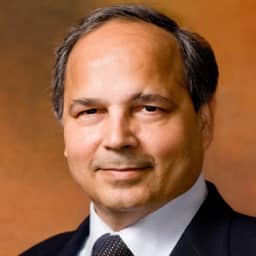 Since then he has hosted several CIO Forums, meant to facilitate a dialog between the innovative startups and the CIOs/CDOs of the largest companies in the United States.

October 8 this year, the forum initiated a healthcare-focused discussion where executives of large hospital systems such as HCA Healthcare, Common Spirit Health, SCL Health, Texas Health Resources and Providence St Joseph Health shared the needs of the healthcare industry, and listened to a startup that got an opportunity to pitch and interact directly with CIOs.

Shukla told indica News that the CIO Forum was a departure from the old way of adding value to entrepreneurs.

“When TiE started the forum it was a big deal, but that has changed in recent years,” Shukla said.

“Now people look for knowledge. So we need to add value to the entrepreneurs, their needs, and what never goes away or changes is the need for customers,” added Shukla, who is also general partner, Monta Vista Capital, and former chairperson of TiE Global.

“So, we decided to invite the CIOs of successful companies. They are not easy to find and persuade, and not easy to access. In the old days, it was more challenging to get hold of a CIO, as they were traveling a lot,” Shukla continued.

“My goal was always to get 10 CIOs out of which six should be from outside the Silicon Valley because it’s not easy to get access to a Silicon Valley entrepreneur.”

He proudly said he succeeded in getting companies such as Costco, Chevron, and Walmart.

The CIO Forum was only for TiE members and Silicon Valley entrepreneurs.

How easy was it to convince giant corporations to come to TiE SV?

Pointing to big chain hospitals that participated at the CIO forum, Shukla said when you keep doing high powered conferences then even high-profile executives feel it is an honor to participate.

“And no entrepreneur in Silicon Valley will turn down an opportunity to present to the six largest hospital chains in the country,” Shukla added.

He said that the October 8 CIO Forum was not just a pitch event; The CIOs/CDOs shared the biggest technology needs in the healthcare industry.

Shukla said that data sharing, regulations, and privacy issues are some of the biggest challenges.

“How, keeping regulations and contract in mind, do you leverage and combine these data so that you can serve the customers better, make more money? That is a huge challenge at present,” he said.

Another big challenge the healthcare hospitals are facing is ransomware and phishing.

Shukla cited how the University of California, San Francisco (UCSF) paid a ransom of $1.14 million to hijackers to get their data back.

“Companies don’t want to talk about it. Because the UCSF is public they had to disclose. But companies are getting attacked and they are paying this kind of ransom,” he said.

San Banerjee, CDO, Texas Health, agreed. “Yes, cybersecurity continues to be a big concern across the industry and [there have been] attacks on many health systems in recent past,” Banerjee told indica News.

Asked which of the many regulations on the healthcare industry posed the biggest challenge in the pandemic era, Banerjee said: “There were a few reimbursement rules around virtual visits that have been relaxed due to the pandemic and we are not sure if they will continue to be there even beyond Covid.”

He added: “Accessibility and interoperability of data across channels is a challenge that all health systems have to continue to build muscle [for].”

Suja Chandrasekaran, CDO & CIO at Common Spirit Health, who spoke at the healthcare panel of the CIO Forum, felt that it was clear that the business model is getting disrupted.

She said that earlier where it was a nice set of the facility, provider, patient, and connectivity with the consumer.

“But that is getting disrupted by the retailer, big tech, and as well as startup and bio-med companies,”she said.

Dipty Desai, co-chair, CIO/CDO Forum told indica News they received more than 30 entries of which six were selected and were given five minutes to pitch and three minutes for Q&A.

The companies that were selected had achieved significant initial success and have an annual revenue rate of $2 million to $10 million.

“We saw with Covid there is a breakdown [of the old way of doing things] and new solutions are needed in technology. And each of them had a solution and how to deal with it,” said Desai.

Banerjee said: “Overall it was exciting to hear all the pitches from the startups, the time was short to review and ask questions but overall a good experience.”

Botzee co-founder Rajiv Chamraj, who attended the CIO Forum said they offer autonomous mobile robots, which can move the carts within hospitals and even disinfect patient rooms with UV light.

“Automation is one of the factors taking hold to address cost, safety, and efficiency issues in healthcare,” he told indica News. “Covid is accelerating this trend, where robotics will be increasingly adopted to augment and automate internal operations.”