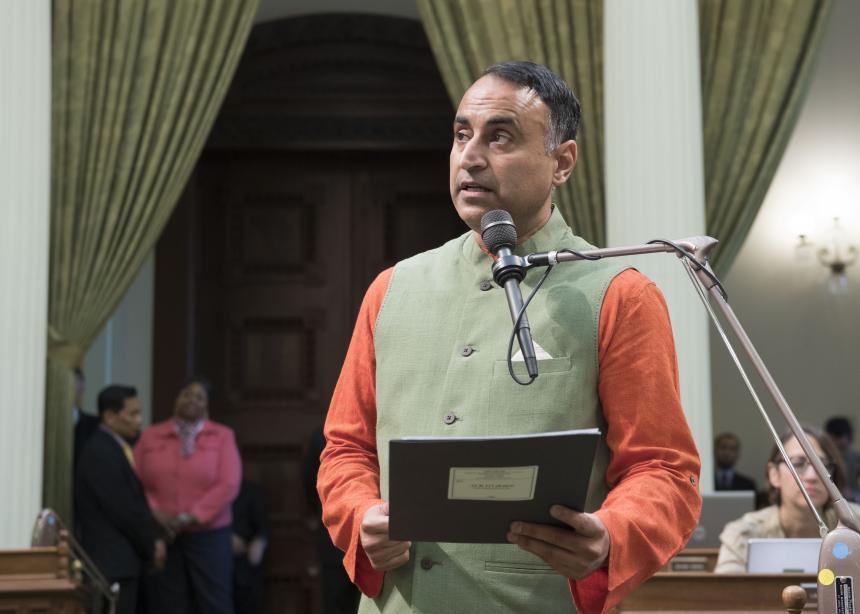 The federal law enforcement agency under the Department of Homeland Security has been mired in controversy over its alleged culture of abuse, deceptive practices, and inhumane detention and deportation activities.

“ICE is a rogue department of the federal government and it should be abolished — it terrorizes our immigrant communities and does not do anything to enhance public safety,” Kalra said in a statement.

“Under the direction of the Trump administration, ICE has consistently and continuously demonstrated an inability to fulfill its duties without violating due process, human rights, transparency, public accountability, or an adherence to domestic and international law,” he added.

Assemblymember Kalra represents San Jose in the 27th Assembly District and is the Chair of the Committee on Labor and Employment. He was previously Chair of the Aging and Long Term Care Committee, of which he remains a member, and continues to serve on the Education, Judiciary, and Water, Parks, and Wildlife committees.

ICE agents have posed as local law enforcement even though they are not trained or deputized as police officers, misrepresenting administrative warrants as judicial warrants, and local and state law enforcement have been pressured to violate due process rights by holding and transferring people who are being released to ICE, per the resolution.

“ICE has a shameful record of human rights abuses, including subjecting immigrants detained in their facilities to inhumane conditions that have resulted in Covid outbreaks and Covid deaths. Congress should not expend billions in tax dollars every year to fund ICE in targeting and terrorizing immigrant communities. We also call on California to end all entanglements with ICE, starting with stopping state prison and jail to ICE transfers.”

Most egregiously ICE has separated children from their families upon detention and to date thousands of children have been removed from their parents for no reason other than to implement a “zero-tolerance” policy to criminally prosecute every adult who has entered the country without legal status, even though these parents are simply seeking a better life for themselves and their families.

“Since its creation after the events of 9/11, ICE has engaged in scapegoating and fear mongering while denying immigrants their basic dignity and humanity. This has resulted in countless COVID-19 deaths in detention centers. Put simply, ICE has no place in an inclusive, multi-racial democracy and we support its end. We call for an end to dismantle ICE and the infrastructure that criminalizes immigrants. Similarly, we call on California to end all cooperation and collaboration with ICE including, transfers from prison to ICE detention centers.”

The agency has also failed miserably in controlling for and treating the spread of Covid-19 in detention facilities, including youth detention facilities, resulting in hundreds of detained adults and children contracting the virus and reports documenting that little to no medical care is provided in some cases.