The historical importance of the Ibaadatkhana movement - Indica news 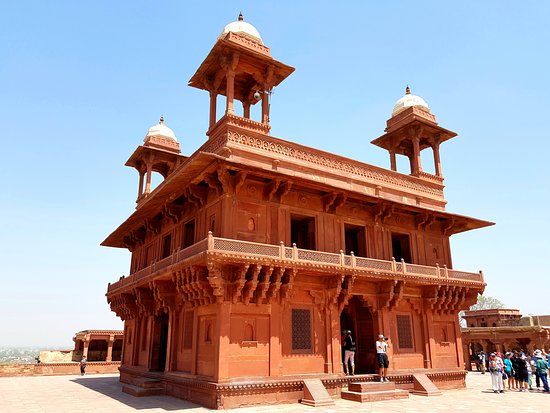 Markandey Katju is a former Judge, Supreme Court of India, and former Chairman, Press Council of India. The views expressed are his own.

Ibaadatkhana is a global organization whose objective is to unite Indians and promote interfaith harmony. Its Chairman is Tasawar Jalali (email ibaadatkhana@gmail.com ) and its Gen Secy is Narendra Singh ( email narensingh@yahoo.com ), both of whom live in California, USA. It has several other office-bearers. The President of the Indian Chapter is Majeed Memon ( email majeedmemonadv@gmail.com ) who lives in Mumbai.

This organization, inaugurated in California on 8th December 2019, is of historical importance, as explained herein.

As stated in my article ‘The giant is awakening’ published in indicanews.com, India’s national objective must be to get rid of its widespread poverty and other massive social evils like unemployment, malnourishment, lack of proper healthcare and good education for its masses, farmers distress, oppression of minorities, etc. For this, a mighty, united, people’s struggle under modern-minded leaders is necessary, whose aim must be to create a social and political order under which there is rapid industrialization and raising the standard of living of our people and giving them decent lives.

Today India has all that is required for this historical transformation from an underdeveloped country to a highly developed highly industrialized country. It has a huge pool of technical talent ( our engineers are largely manning Silicon Valley in California, and Indian professors can be found in many American and European universities in the science, engineering, maths and medical departments ). It has also immense natural resources. So we can transform India into a highly industrialized country in 15-20 years.

The great impediment to this transformation, however, is our disunity. Feudal forces like casteism and communalism are still dividing our people, fanned by our crafty politicians for vote banks. Therefore it is absolutely essential for us to destroy these divisive forces and forge unity among our people if we wish to progress.

Ibaadatkhana aims at doing that on the ideological level, just as the present ongoing farmers’ agitation has done on the ground level ( see my article referred to above ). Ibaadatkhana’s credo is based on the doctrine of ‘suleh-e-kul’ of the great Mughal Emperor Akbar ( see my article ‘ Emperor Akbar–the real Father of the Indian Nation ‘ in my blog Satyam Bruyat ) which proclaimed equal respect for all religions and communities.

India is a country of great diversity, with several religions, castes, ethnic and lingual groups, etc ( see my article ‘ What is India ‘ on my blog ). Till now we have been wasting our resources and energies fighting each other, but now the time has come to forge unity among our people if we are to get rid of poverty and the other social evils which are plaguing us.

Ibaadatkhana aims at doing so. Its name is derived from the building constructed by Emperor Akbar in his new capital Fatehpur Sikri in 1575, which is unique in the world. Scholars of all religions would come there and hold peaceful debates.

Ibaadatkhana, started by a small group of people in California who were deeply concerned about the dark cloud of polarisation in India, propagated by some vested interests, has now become a huge global movement, with thousands of members. It aims at forging unity among Indians, which alone can transform India into a highly developed and prosperous country.

All patriotic people who love India and wish to see it transformed into a mighty powerful highly developed nation are invited to join the organization by writing to the Chairman or General Secretary.