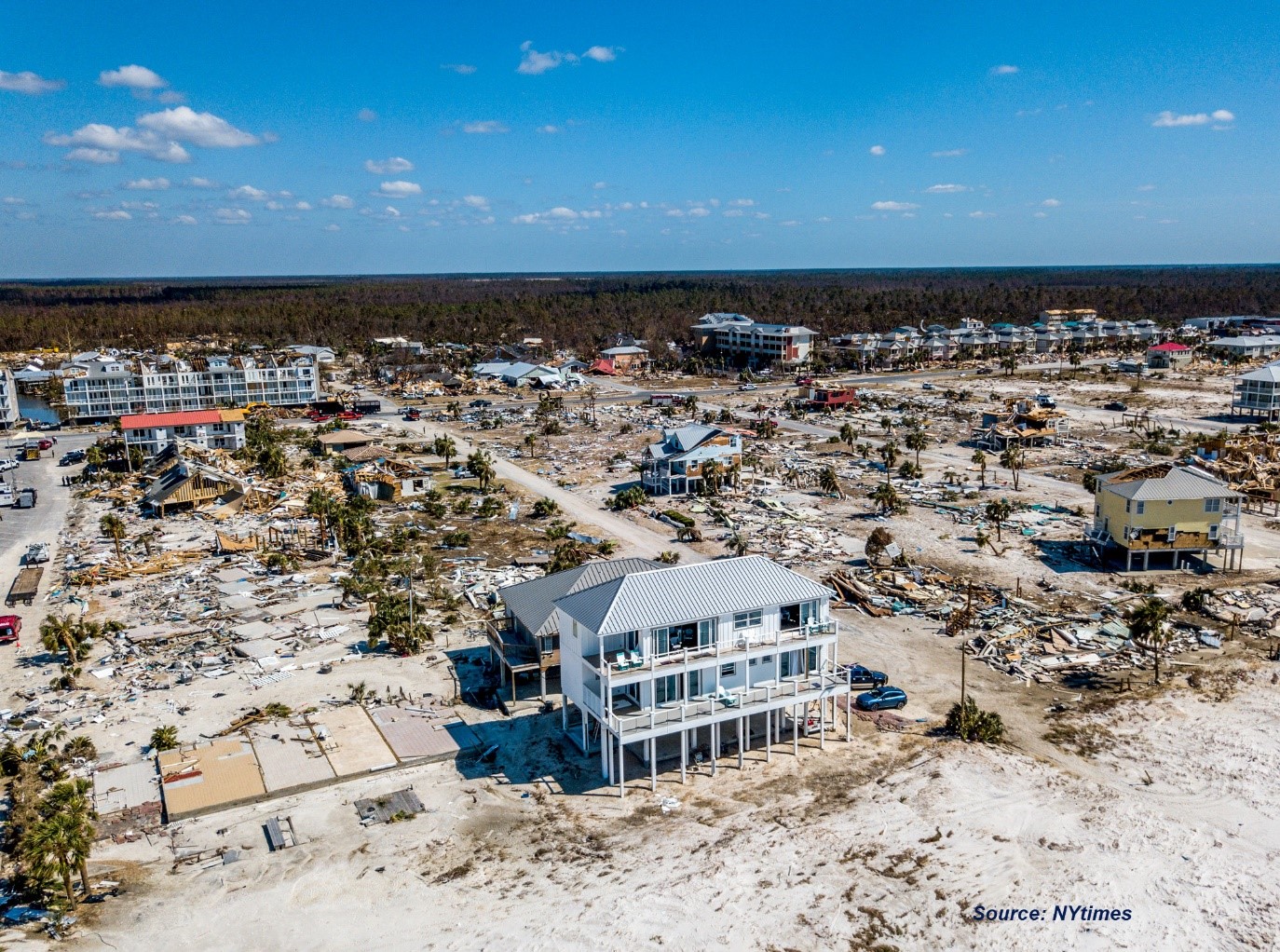 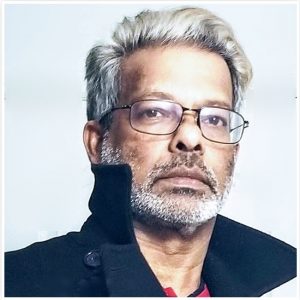 Gopi Mattel, based in silicon valley, serves as General Partner and CEO at Lifeboat Ventures, a venture fund that creates disaster impact mitigation startups. He is the Founder/CEO of CellarStone, Inc., Director at Founder Institute, and Advisor for Pepperdine University’s Most Fundable Companies program. The views expressed are his own.

The fourth worst storm to make landfall in the United States hit Florida in 2018. It clocked windspeeds of 155 mph. This was Hurricane Michael. Tyndall Air Force base saw structural damage to practically every structure. Nearby Mexico Beach saw the vast majority of its structures damaged.

But one building survived the storm, even though it was only 150 feet from the seafront. As you can see in the photo, among a devastated beachfront area, it seems to stand out strong and proud.  It seemed to have even protected a house right behind it.

The homeowners with the help of Southeastern Consulting Engineers designed and built a house that has completely resisted a high-intensity storm. There were a number of key design elements that helped make this house resilient

It was more expensive than typical houses and it required expertise – but it was clearly within the ability of a homeowner in a beachfront area.

The USA sees 12 named storms, six hurricanes, and three major hurricanes, in a typical year. These years there are so many storms that the naming convention is exhausting the English alphabet and moving into Greek. So, we can guarantee that the houses in vulnerable coastal areas of the USA will face these disasters repeatedly.  The damage to the assets, the costs to Insurance firms and the resulting lowered value of the houses all seem to be strong motivators to make sure no house has to be damaged.

With this much clarity about the future, the question is not why that one house made it, but why all the other houses don’t make it.  There seem to be a number of possible reasons.

The most important reasoning is probably not wanting to spend upfront capital expenditures versus a difficult-to-quantify future risk of damage. If the house is likely to cost 25% higher due to the design changes, most homeowners will probably avoid the expense since they cannot be entirely sure they will be protected. This is a well-known cognitive bias called the Hyperbolic Discounting Bias, where we would prefer to choose immediate rewards vs long-term nebulous rewards even if the latter is much better rationally speaking.

They may even rely on insurance more to protect them rather than building well-designed houses. This is a form of moral hazard due to insurance.

Development codes vary significantly and are invariably trailing the latest available information. Some codes may actively make the house design riskier. As an example, eaves on houses may make the roof fragile in a storm – but local development requirements such as ‘conforming to neighborhood character’ may require the presence of eaves.

Technologies and expertise to build at a resilient level may not be available at reasonable costs or in local jurisdictions. Local builders may not be knowledgeable and may actively dissuade new designs.

If the proverbial pigs could build a house to protect against the huffing and puffing of the big bad wolf, so can we. There are many possible solutions including governmental regulations. But one possible way is to look at existing solutions and try to use them to solve these problems at scale.  Leveraging venture capital to solve this problem at scale will provide large investors with good returns and at the same time solve the problems of the local households.

What if there was a startup that provides models of house damage and ratings based on different levels of storms by analyzing location, the exterior design of the house, interior design, storm history, storm impact, etc. This service can be part of house appraisals as well as a service to insurance firms. This could very quickly start putting pressure in builders as homebuyers start requiring higher storm resilience ratings on their houses.

Other ideas to help in this area could be:

Lifeboat Ventures, is thinking about these and a few more ideas to fund in its quest to mitigate disaster impact on society.