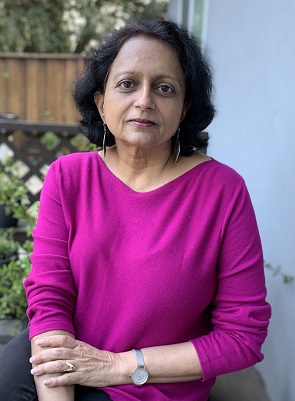 India has 400,000 children between the ages of 0 and 18 living in orphanages, but once these children turn 18, they feel abandoned yet again because they cannot stay on at the place they saw as home.

“It’s heart-wrenching but true,” Gita Gopal, co-founder, and director, and president of A Future for Every Child, told indica News during a phone interview.

Gopal and her husband Madan, who set up the organization, have two sons and a daughter they adopted in 1997 in Pune, India.

Gopal, who retired from HP in 2006, says she and Madan, who worked at Cisco, always wanted to do something for orphanages in India. When Madan retired in 2017, the first thing the couple did was register the non-profit to support orphan youth older than 18.

Gopal said she found that about 50,000 youth over 18 face this situation every year.

“We put effort into these children until they turn 18. After that they have no support, no family,” she said, explaining why she thought the cause was important. “They have nowhere to go.”

She said that some Care Leavers (young adults who age out of care] had originally been sent to the orphanage because their families were too poor to support them.

Gopal said 80 percent of orphanages offer no support after these children age out.

A Future of Every Child offers career counseling support and helps them through vocational training, which is possible because most of them have finished 10th grade, with some even having passed 12th-grade exams. It helps them find jobs and mentors them for two years after they get their first job.

“The outcome we want for these kids is a stable life, a life of dignity. We want to make sure they are established in life,” Gopal said.

A Future for Every Child provides three partners in India with grants, monitors and defines how the program is conducted by them, and collects data about the program. The organization supports 312 youth, with 100 more being added this year.

Gopal said it takes more effort to get young women to enroll because orphanage trustees put pressure on them to get married.

Many of the Care Leavers who age out are not financially independent in a tight job market and have trouble finding housing. In the US, too, foster youth often get no support when they age out of foster care and have no idea what to do with their lives. In India, though, there are many free institutes to study at, but most of the Care Leavers have no idea such opportunities exist. The organization works with its partners to help them find a hostel or shared room while they can study further.

“What is really needed is a substitute for a family,” Gopal said.

The program runs in several Indian states: Maharashtra, Odisha, Madhya Pradesh, Delhi, Goa, and Tamil Nadu. It is to be launched soon in Gujarat, too.

Asked how she locates Care Leavers, Gopal admitted it was a challenge.

“It’s very hard to reach over 9,700 orphan institutions spread all over India, with an average size of 50 children [of all age groups],” she said.

Gopal said the Child Protection Units in India maintain the names of these kids only till they are 18, after which no records are kept. The local administration should maintain records even after this date, she said.

“Our tagline is, “We help youth transition from institutional care to independence,” Gopal said, adding, “Our ultimate goal is that they get established and live a happy life.”

A Future for Every Child is hosting its second fundraising event on August 28. The keynote speaker is Swati Mohan, who played a huge role in landing NASA’s Perseverance rover on Mars. 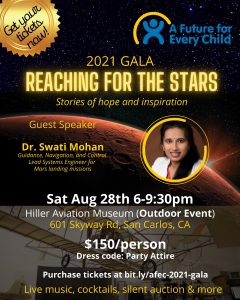