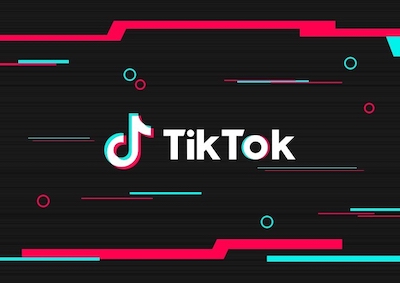 Social media challenges are fun and exciting. But some challenges and trends tend to go overboard in terms of causing violence, encouraging bullying, or other inappropriate acts.

TikTok is famously notorious for being the prime propagator of such trends among its younger users. It does it without taking any responsibility or necessary actions to curb harmful and negative trends.

On Dec 16, a TikTok challenge was so scary that some parents in California did not want to send their children to school, fearing what if it might trigger gun violence in the school.

A parent whose children are enrolled in San Ramon elementary school said she could not take risks and that she has seen students killed at school and who would take the responsibility, even schools messaged of safety at the place.

“These tech companies have gone a little too far, and we need to regulate it and make sure it’s not harmful to our kids,” Raj Salwan, vice mayor city of Fremont, told to indica at the recent TikTok challenges that created huge concern among not just the school, city authorities but parents as well.

The California Department of Education (CDE) is aware of threats of violence against schools circulating on TikTok and other social media platforms.

In this regard, the department said to indica, “We understand that this is a statewide as well as a national issue, and State Superintendent Thurmond has been in touch with the California Highway Patrol to assess the situation and as a precautionary measure of security for our schools. The CDE continues to monitor the situation, and we have also been in touch with the Governor’s Office of Emergency Services (CalOES) to provide additional safety measures and resources to our school districts as needed.”

When asked if the social media platform had been issued with any official letter of concern, the CDE did not answer. However, the department did request the public to report any suspicious activity to the state.

Please get in touch with a Fusion Center and submit a Suspicious Activity Report if you encounter anything. Go to the California State Threat Assessment System website at https://calstas.org/. Click on REPORTING. This will take you to a reporter map. Click on your county, and a reporting form will come up. Additionally, each Fusion Center’s phone number is listed on the reporting page.

“We are advising that students should take care not to repost threats as they create a cycle of fear and can complicate law enforcement investigations. We ask schools to remain vigilant and contact their local law enforcement agencies if they have any concerns. The CDE also encourages our schools to ensure counselors or mental health professionals are available for students who want to speak to someone. Districts should be in touch with CDE if they need additional resources.”

Salwan, sharing his views further on the regulations imposed on social media challenge, said, “We think this needs to be done at the higher level, which is the federal government.”

He believes that social media targets explicitly youth and young girls, creating negative stigma and lack of confidence. It’s constantly messing with your mind and like drugs.

Talking about his time and growing up in the city of Fremont, Salwan said, “I feel like the new kids have a lot more distraction than we did and we played outside, and we were pretty on our own and parents were busy working, and now kids have too many things to do and get distracted, and even my kids are on social media.”

On what the city could do said, “It’s a more school board issue and being a part of the government, I think “we can do more, but I think the city does not have the power to regulate its more at the state and federal level. You can make policies, but you cannot say that they cannot do something to social media companies. You need to have a law somehow.”

“In the long run, you are going to have a negative impact. People have mental health and a lot of stress issues, and we see bullies and struggle. Social media has self-manufactured,” he said.

The city of Fremont police took a proactive approach on Dec 16, so they monitored the school.

Salwan said they have special software to track crime in the city and pick up specific trends and certain pockets and any emerging threat on social media and then significantly track them.

Srinivas Ponnala, whose children are students of Cupertino Union School District in Cupertino, sounded concerned that the school did not inform when there was a lockdown.

He also believes the company should track who has started the “TikTok Gun challenge.”

“What was the prank call about: Tik Tok is such a big company that can use a tool for kids to use it. I don’t know whatever their plan, they have something hidden agenda we don’t know that,” he asked.

The email sent to parents after the incident [Dated Dec 16, Shelter in Place Recap] states that the lockdown of Sedgwick Elementary and Hyde Middle were ordered to shelter in place. Neighboring Cupertino High School was also placed on lockdown was not due to the Tik Tok challenge. Still, Deputies determined that a vehicle exhaust backfired, causing the loud noise, which alerted the public to call 911. At this time, we understand that this incident is not connected to the TikTok challenge, which was detailed in the communication sent earlier this afternoon. All local law enforcement agencies work closely with CUSD to keep our schools safe. In light of tomorrow’s TikTok challenge, and as an added precaution, please be aware that you may see an increased presence of our school resource officers at school campuses.

Ponnala said that as a parent, I don’t encourage my kids to use smart devices, and I am totally against Tik Tok, and it has become more negative than positive.

“We did not pay any attention, but after this incident (TikTok) happened, and a lot of parents were concerned.

“The first thought as a parent is if this happened why we did not get a call or a text message, CUSD has a lot of network in place all the phone numbers and email if they have and every day, we get some information or the other,” he said. “Why we did not get this first when this happened, we learned this other media channel, people started posting there was some issue and kids were let go home.”

“I don’t know whatever reason they had, prank call anything they should let parents know first. We believe in the school system, and I think parents should be informed first,” he said.

The Nov. 8 Tik Tok challenge was disturbing as well. Dougherty Valley High School Families informed the parents about Nov. 8 Tik Tok challenge threat, saying, “It is with great displeasure that we have to share that we have experienced an increase in instances of vandalism in our boy’s restrooms. We believe this is due to a Tik-Tok challenge that has gone viral. Currently, we have had intentional clogging of toilets, food smeared all over the walls and floors, mirrors taken down, and all soap dispensers removed and damaged.”

However, in recent weeks, we have observed multiple Instagram accounts that do not model our values of promoting, cultivating, and creating a safe and supportive environment for all students. This is part of a national trend of anonymous Instagram accounts intended to embarrass students at the least and to target, harass and bully them at the worst. These accounts do not represent SRVUSD nor our values.

Vinita Verma, former president of the City of Fremont Council PTA (Parent-Teacher Association), told indica, “we cannot keep ourselves always on high alert. The biggest thing is the kids were going and slapping a teacher, and the seat was a lid on fire. Social media has become a challenge, and what kind of challenge is this.”

“If you want to have a challenge have a good challenge, which helps the community. Do volunteerism and offer challenges that have a positive impact,” Verma said.

Verma said that Kids have to understand it’s a one moment pleasure that will go away if something good will stay with them forever. But hurting and injuring people and destroying the school and public property is terrible and needs to stop now.

She said, “Tik Tok, I am sure they have a team to look into such challenges that come upon. Instead of banning, we need to have rules and regulations for social media.”

Mayor City of Fremont Lily Mei told indica on social media, “I don’t think just TikTok but any kind of technology when it comes to youth, I have work Trade Association for counterfeit and FBI and other agency, and that is what people should be aware of that technology is a benefit to have, but there are many risks if people aren’t educated.,” Mei said. “So, whether it’s a workplace, school, home, it is essential for our parents to know what our children are doing.”