Welcome to the Flyover Continent of Europe - indica News 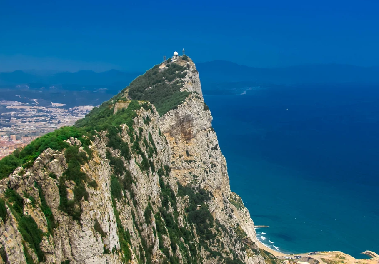 Those flickering colors painting the sky outside the airplane window were a captivating sight – diffused, but not blurred; glorious in their dance yet calming against darkness just off the shores of Greenland. The last time I looked outside was when we were entering Europe and the afternoon Sun was blazing upon the Rock of Gibraltar below. I flew over the entire continent of Europe in a manner many people make a transcontinental flight in the US- without an urge to look outside.

Two score and a few years ago I really wanted to see what Europe looked like and I craned my neck from the middle seat in a long row deep inside a 747 on my first international flight while coming to America. Two days ago, I lowered the shades while crossing the expanse. What a difference these years made.

Growing up in India, much of the history of the world that was taught centered around Europe. Globally too, in its current narrative, much of the good, and the bad, around the world over the last five hundred years or so originated in the continent. The world economy transformed from being driven by agriculture to one driven more by trade and industry, creating significant wealth, raising standards of living. Much of it was driven by technological and scientific innovations, facilitated by democratizing nations, ideas that originated in or were primarily driven by people of European origin at the start.

Two World Wars started in Europe before engulfing the planet, Holocaust happened there too. Atrocities in Congo happened because of rulers from Europe, so did the slave trade, and slavery in the Americas and elsewhere, apartheid in South Africa, the Bengal Famine, pogroms in Russia, and, many other cataclysms. The narrative starts to pivot only in the last hundred years, with a clear inflexion point after the end of WWII when we see the rise of Asia, fall of empires everywhere, and, the end of apartheid; as much as we see flare-ups in the Middle East and South Asia.

What we see in Europe over that period can be called as “piggybacking,” a “free-rider” continent if you will, with some exceptions.

Defense is one area where this piggy-backing is the most stark. 34 European countries that are part of the EU or the NATO spend, combined, less than half of that of the US, even as they have twice as many people taken together, and, combined, command a bigger economic might; spending less than half on defense budget as a percentage of their economy. Europe, legitimately, fears the Russian bear on her borders, but refuses to share the burden – a fact made very stark by Russian aggression in Ukraine. The biggest chunk, by far, of military assistance to Ukraine– equipment, training as well as money – comes from the US, as does almost all intelligence that the Ukrainian military has been so successful in using.

Europe has been very vocal in deriding the American model of capitalism – hyper-competitive celebrating a winner-take-all mindset – even as it mimicked the American trend of exporting manufacturing to cheaper locals. [Germany is one notable exception; she has been very successful in keeping her high-value manufacturing jobs mostly unperturbed]. What that did was hollow out industrial corridors, fueling unemployment and discontent – a pattern we have also seen in the US.

What Europe has not done is to encourage and champion innovation, instead the continent is content in accessing fruits of innovation as products she needs to pay for. Consequently, she lost out on higher-value jobs, recognition of being a magnet for global talent, a mechanism for creative destruction critical for moving past mistakes, and, wealth – trillions of dollars of it – that come from innovations. It is worth reiterating that the American model of Capitalism is what makes these possible. Outside of few exceptions – mRNA innovations in Germany being the most notable recently – American industry is a much better success story in working alongside universities in fostering clusters of excellence. Europe does pay a lot lower price for latest drug innovations, but that is due to quirks in American pricing paradigm that Europe avoided.  All in, Europe’s GDP per capita was 25% lower than the US in 1990. In 2018, they are still about 25% poorer even when population of the US rose by one-third (up 33.5%) while population of Europe remained almost the same (up 3%).

Europe’s economy is more dependent on agriculture and tourism than ever post WWII – an unmistakable sign of stagnation. Say Cheese!!

Europe likes to boast about its commitment to the environment and its big goals in meeting challenges posed by climate change. EU pledges to reach “net zero” by 2050. That is merely an illusion. Denmark, for example, boasts of reducing per-capita carbon emission by half since 2000 – quite impressive indeed. Much of it was done by outsourcing manufacturing jobs to China, claims Global Carbon Project, a research outfit, which calculates the reduction to be a third at best, after accounting for carbon emissions generated in other countries by these imports. Europe’s feel-good mindset was laid bare recently as the EU bloc failed to arrive at a consensus to assess and account for carbon emissions embedded in imports.

I saw the Northern Lights for the first time two days back on my way back home from a vacation in Marrakech. My host in this beautiful riad (traditional Moroccan abode around a courtyard) was a French-Spanish gentleman in his seventies. His brand of affordable luxury – cheaper than marquee names but more unique than a boutique chain – is seeing fewer European tourists, his usual staple, but more than made up by guests from America, Asia, and, Africa. People are flying over Europe to reach his establishment, not via the continent.

Welcome to the Flyover Continent of Europe, he bemoaned. After my flight back home, I could not agree more. 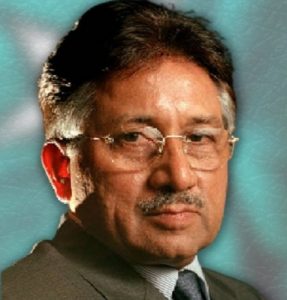