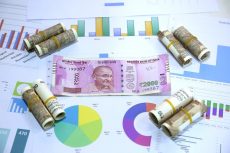 Arul Louis- As Finance Minister Nirmala Sitharaman prepares her budget, the World Bank reports Indias economy grew by 7.2 per cent in 2018-19 in contrast to the recent Indian Central Statistical Office (CSO) estimate of only 6.8 per cent growth during the period. The Bank’s Economic Prospects Report released on Tuesday forecast India’s economy to […]