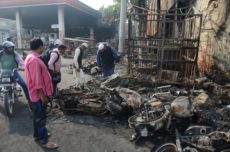 Justice Markandey Katju- The tragic violence in Delhi would never have happened if the Delhi police had acted in the manner the police is meant to act in a democracy, as described in the speech of Sir Robert Mark ( quoted herein ), that is, in a totally neutral, non-political and non-partisan manner, regarding only […]