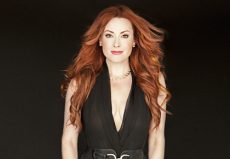 Siddhi Jain-   Thanks to her songs in Disney animated series such “Phineas and Ferb”, Laura Dickinson, 39, is introduced globally as “your nine-year-old daughter’s favorite singer”. The American vocalist and music contractor is a four-time Grammy winner and has also lent her voice to films such as “Rogue One: A Star Wars Story” and […]